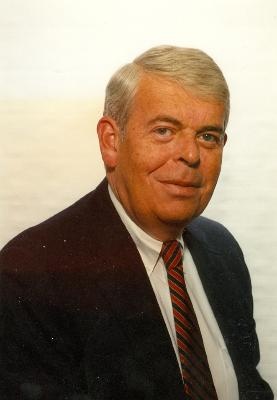 William H. McDonald, Jr. 71 of Waverly, died Wednesday, January 16, 2013 in Regional Hospital of Scranton after being stricken ill at home. His wife of 48 years is the former Marie Millett.

Born December 18, 1941 in Scranton, he was the son of the late William H. and Helen (Donegan) McDonald.

He was a member of Our Lady of the Abingtons, Dalton. He was a former member of the Country Club of Scranton. As an outdoorsman, he enjoyed hunting, fishing, gardening and planting around his home. He enjoyed spending time with his family and the trips to Lake Ontario, the times he shared on his boat with others.

Bill was a soft spoken kind man who helped many during his professional career. He had a great ear to listen to others and to share his common sense of humor with those who knew him. His friendly kind smile will be sadly missed.

He was preceded in death by two sisters, Elizabeth "Betty" Whalen and Helen Grahamer and a brother, Edward McDonald.

The funeral will be private at the convenience of the family with Mass celebrated by Fr. Joseph M. Boles. Interment Hickory Grove Cemetery, Waverly Township. The family will receive relatives and friends Friday 5 - 8 pm at the Jennings-Calvey Funeral and Cremation Service, Inc., 111 Colburn Avenue, Clarks Summit, PA 18411.