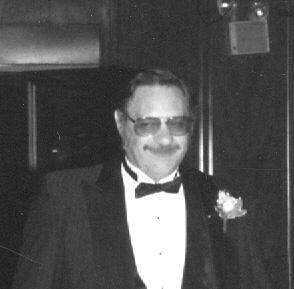 William M. Donvito Sr., 76, of Clarks Summit, died Tuesday at Commonwealth Hospice of NEPA Inpatient Unit, Scranton. His wife, the former Sarah M. Sweeney, died Feb. 20, 1984. The couple was married shy of 25 years.Born April 15, 1937, in Scranton, he was the son of the late Joseph and Adelina Grippo Donvito. A lifelong resident of Clarks Summit, he was a 1956 graduate of Abington Heights High School, where he was a member of the football team. A professional meat cutter in the area, he retired from the IGA Markets, which later became Mr. Z's Supermarket. He was a member of Our Lady of the Snows Parish, Clarks Summit, VFW Abington Memorial Post 7069 and an organizing member of the Abington Sportsman's Club, Bill was a sports enthusiast who was proud to be part of organizing the Abington Astros Junior Football and had been a coach for several years.Bill was a happy go lucky person who enjoyed sharing his gentle grin with others. He will be remember for great cooking skills and was often found in the kitchen at the former Own-Lee place cooking. He was a mentor and supporter of the activities, sporting events that his children participated. He was often seen driving through Clarks Summit with a smile, which will be sadly missed. The family would like to thank the staff at Linwood Nursing Home and the pulmonary unit at Regional Hospital for their professional and kind care.Surviving are two sons, William Donvito Jr. and his wife, Ann Marie, Dunmore; and Joseph Donvito and his wife, Diane, Throop; a daughter, Patricia Godlewski, Clarks Summit; two sisters, Laura Borushak and husband, Bill, Stroudsburg; and Edith Novak, Black Walnut; five grandchildren; two great-grandchildren; nieces and nephews.He was also preceded in death by five brothers, John, Frank, Joseph, Richard and Arthur; and a sister, Philomena "Fanny" Arre.The funeral will be Friday with Mass at 10 a.m. in Our Lady of the Snows Church, 301 S. State St., Clarks Summit. Interment, Abington Hills Cemetery, South Abington Twp.The family will receive relatives and friends Thursday from 5 to 8 p.m. at the Jennings-Calvey Funeral and Cremation Service Inc., 111 Colburn Ave., Clarks Summit. Memorial contributions may be made to Our Lady of the Snows Memorial Fund, 301 S. State St., Clarks Summit, PA 18411.