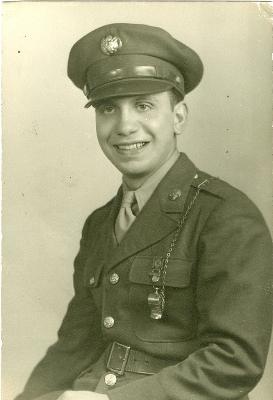 Victor J. Alfano, 88, Clarks Summit, died Friday at home, surrounded by his loving family. His wife of 59 years was the former Cecilia Tradardi. The couple would have celebrated their 60th wedding anniversary in September 2014.Born Oct. 12, 1925, in Pittston, he was the son of the late Rosario and Angeline (Marranca) Alfano. He was a 1943 graduate of Pittston High School, and soon after he entered the United States Army, having honorably served during World War II as a military policeman at bases in Battle Creek, Mich., Little Rock, Ark., Louisiana, Texas and California.He received his Bachelor of Science degree from the University of Scranton, and earned his master's degree in journalism from Northwestern University, Evanston, Ill. He began his journalism career in Donora as a reporter and assistant city editor. He was a technical writer at Bendik Aviation Corp., Utica, N.Y., and at Brooklyn Air Force Base, Mobile, Ala.He retired in 1995 from having been a proofreader and final reader for The Times-Tribune for more than 29 years, and previously for Haddon Craftsmen, Scranton. An avid union member, he served as president of the Newspaper Guild Local 177 for several years, and attended more than 15 international conventions in succession. He was a member of the Our Lady of the Snows Church and the Abington Senior Center.Surviving are a son, David Alfano and wife, Maryann, Havertown; four daughters, Diane Nish and husband, William, Roaring Brook Twp.; Victoria Alfano, South Abington Twp.; Claudia Nicholls and husband, William J., Clarks Green; and Claudette Fiorucci and husband, Charles, Palm Coast, Fla.; three granddaughters, Danielle and husband, Michael Fisne; Lauren Repholz and husband, Michael; and Rachel Alfano; three grandsons, Eric Fiorucci and Matthew and Jeremy Alfano; two great-grandchildren, Gianna and Jacob Fisne; and several nieces and nephews.Victor was also preceded in death by three brothers, Joseph, Samuel and Anthony. The family wishes to express their sincere appreciation to Dr. Michael Kondash, his staff and the physicians, nurses and hospice care providers for the wonderful, dedicated care that they provided for their husband and father.The funeral will be Monday with Mass of Christian Burial at 10 a.m. in Our Lady of the Snows Church, 301 S. State St., Clarks Summit. Interment, Cathedral Cemetery, Scranton, with full military honors.The family will receive relatives and friends Sunday from 3 to 6 p.m. at the Jennings-Calvey Funeral and Cremation Service Inc., 111 Colburn Ave., Clarks Summit, PA 18411. Memorial contributions may be made to Abington Senior Center, 1151 Winola Road, Clarks Summit, PA 18411, or St. Francis of Assisi Kitchen, 500 Penn Ave., Scranton, PA 18503.