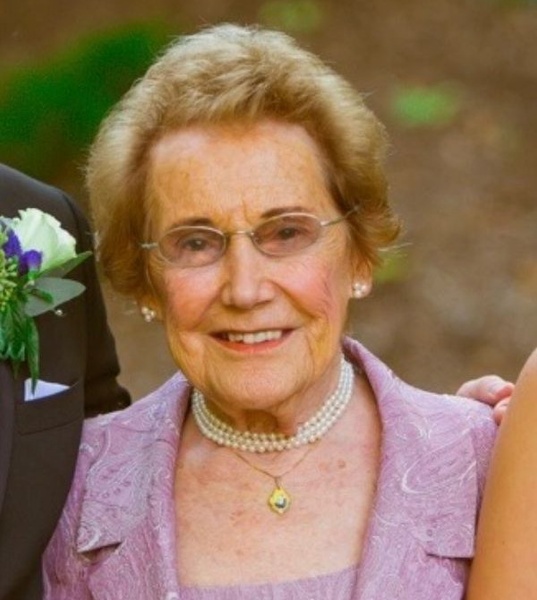 Born December 14, 1932 in West Pittston, Val was the daughter of the late David and Florence (Richards) Huthmaker. She graduated from West Pittston High School, class of 1950.

Val was lovingly called “Grams” by her 6 grandsons, grand-daughter-in’law’s,  and all of their friends. A devoted mother, grandmother and great-grandmother, her gentle, kind nature brought a smile to everyone’s face.  Her career involved banking, civil service, and  opening and operating the first Suburban Casuals store on Pittston Avenue in Scranton.  After that location closed, she continued on in the retail business helping her daughter, Carol, at the Suburban Casuals in Dickson City.  Val lived an active life and enjoyed bridge, tennis, water aerobics and spent many winters in Singer Island Florida. She was a member of Hickory Street Presbyterian Church in Scranton.

She was preceded in death by daughter, Nancy Finley, two sisters, Dorothy Carver and Grace Huthmaker, and brother David Huthmaker.

Her family would like to thank the wonderful staff at Mountain View Care Center for all of the love and care they have given her over the last several years.

Jennings-Calvey is honored to serve Val and her family.

To order memorial trees or send flowers to the family in memory of Valda J. Raker, please visit our flower store.