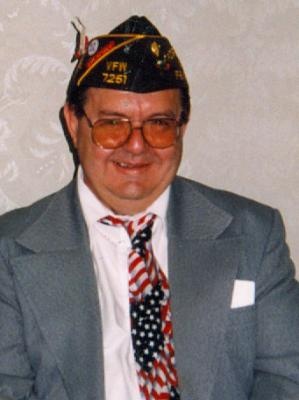 Born May 18, 1941, in Simpson he was the son of the late Metro and Mary Gombita Kohut. He moved to Simpson in 2011 after living with his son in Exeter and residing in Dalton. He was educated in Simpson schools and was a was a 1959 graduate of Fell High School. He honorably served in the Air Force during the Vietnam War and was awarded the Air Medal for combat support missions under extremely hazardous conditions. Tom retired from Procter & Gamble, Washington Twp., where he was employed as a supervisor, and later he worked as a security guard.

He was a member of St. Rose of Lima Parish, St. Michael's Church and Throop VFW Post 7251 and was a past quartermaster.

Surviving are two sons, Thomas J. and wife, Regina, Exeter; and Ronald K. and wife, Sara, Olyphant; two sisters, Rose Kohut, Simpson; and Dolores Puchalski, with whom he resided; a granddaughter, Jade Kohut, and a grandson, Gage Kohut, both of Exeter; nieces and nephews.

He was also preceded in death by a brother, Metro Kohut Jr.

The funeral will be Saturday with a Mass of Christian Burial at 10:30 a.m. at St. Michael's Church, 46 Midland St., Simpson, with military honors. Those planning to attend the funeral are asked to go directly to the church. Interment will be at the convenience of the family in Abington Hills Cemetery, S. Abington Twp.

The family will receive relatives and friends Friday from 4 to 7 p.m. at the Jennings-Calvey Funeral and Cremation Service Inc., 111 Colburn Ave., Clarks Summit.