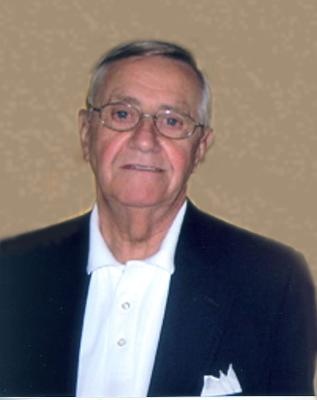 Born Feb. 2, 1932, in New York City, son of the late Eugene Francis and Lois (Johnson) Gilligan, Tom contracted polio, during the epidemic in New York in 1949. Tom nearly died, but he was saved when his doctors administered an experimental serum. At the time, Tom was a student at Saint Benedict's Prep in Newark, N.J. He was a pitcher on the school's Gray Bees baseball team, which was inducted to the New Jersey Sports Hall of Fame following their 64-0 record during the years of 1946 to 1950. Polio affected the gripping muscles in his hands, and Tom was unable to continue pitching for the team.

After graduation, he attended Georgetown University, Washington, D.C. Tom retired after 40 years of employment with Texaco as district sales manager.

Tom was an active member of Our Lady of the Snows Parish, Clarks Summit. He was a volunteer at Mercy Hospital for more than 15 years. He was recognized for his volunteer service, and received the prestigious Paul Harris Recognition award from the Rotary Club of Scranton. He also volunteered at St. Francis of Assisi Kitchen.

He was also preceded in death by brothers, Eugene and William Gilligan.

The family will receive relatives and friends Sunday from 3 to 6 p.m. at the Jennings-Calvey Funeral Home, 111 Colburn Ave., Clarks Summit, PA 18411.

Our Lady of the Snows
301 South State Street
Clarks Summit, Pennsylvania, United States
18411-
Get Directions
To order memorial trees or send flowers to the family in memory of Thomas Gilligan, please visit our flower store.