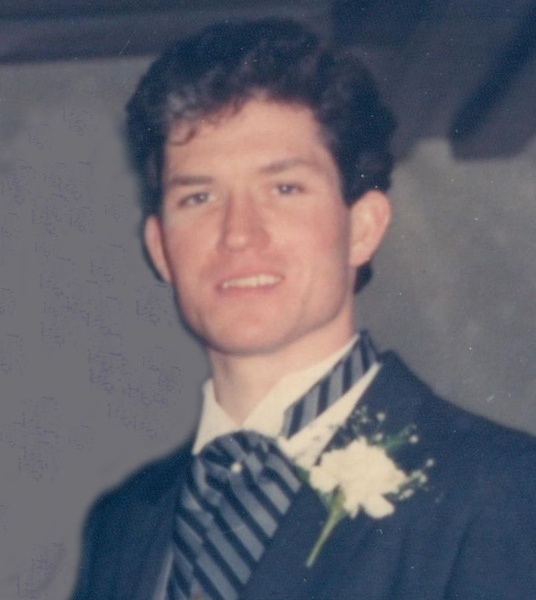 Born Sept. 2, 1959, in Buffalo, N.Y., he was the son of the late James Robert and Elizabeth (Kelly) Fitzgerald. He was a 1977 graduate of Abington Heights High School and received his Bachelor of Arts degree in music performance from Marywood University, Scranton. A classical guitarist and avid lover of the arts, Tommy both wrote and performed his own music. He even wrote a special song for his sister Elizabeth's wedding, sharing it with her and his brother-in-law Ian on their wedding day.

While in high school, he was a member of the golf team and then continued to enjoy it recreationally. He had been employed by his sister and his brother-in-law's golf course business in New Jersey. He later was employed in the Clarks Summit area where he would help and serve others with his kindness.

Not only was Tommy a friendly and personable guy who shared his smile and laughter with anyone he met, but he also was a very faithful man with a great devotion to our Blessed Mother. He would always enjoy a round of golf or time spent cheering on his favorite team, Notre Dame.

Tommy was preceded in death by two brothers, Robert and Michael.

The funeral will be Friday with Mass of Christian Burial at 10 a.m. at Our Lady of the Snows, 301 S. State St., Clarks Summit, to be celebrated by Monsignor Michael J. Delaney, pastor. The interment will be at St. Patrick's Cemetery, Olyphant, at a later date.

The family will receive relatives and friends Thursday from 4 to 6 p.m. at the Jennings-Calvey Funeral and Cremation Service Inc., 111 Colburn Ave., Clarks Summit, PA 18411.

To order memorial trees or send flowers to the family in memory of Thomas Francis Kelly Fitzgerald, please visit our flower store.