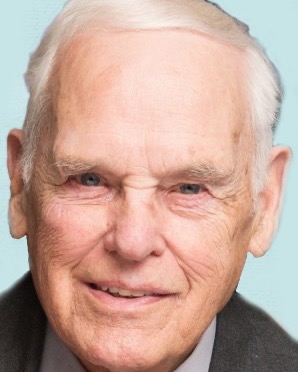 Thomas A. Dickinson, 97, formerly of La Plume, died on Friday, in The Pines, Clarks Summit. He was the husband of Ann (Schofield) Dickinson to whom he was married over 72 years.

Born Nov. 4, 1925 in La Plume, Tom was the son of the late Harry and Mabel (Thomas) Dickinson. He graduated from Dalton High School and honorably served his country in the United States Army during WWII in Central Europe.

Tom served as the La Plume Supervisor for over 35 years and was fondly referred to as the "Mayor" of La Plume. He had worked for ICS International Correspondence School as Engineering Coordinator for over 25 years and later was building superintendent for Emery Worldwide, Dunmore. He served as the past president of Lackawanna Trail High School Booster Club, having served on the board for several years and formerly served on the school board. He was an avid sports fan, faithfully supporting the LTHS sports teams as well as Keystone College sports teams, often walking to their games. His greatest love was his family, especially his grandchildren.

Also surviving in addition to his wife of 72 years: a son, Jerry Dickinson (Teri) of Coatesville, a daughter, Diane Bell (Ted) of Bridgewater, N.J.; grandchildren; seven great-grandchildren (awaiting the eighth); nieces and nephews.

He was preceded in death by two sisters, Jean Applegate and Marilynn Wheeler.

The funeral will be Monday, Jan. 9 from Our Lady of the Abingtons Church, 700 W. Main St., Dalton, with a Mass of Christian Burial at 11 a.m. to be celebrated by Fr. Stephen A. Asomah, assistant pastor of Our Lady of the Snows Parish. The family will receive relatives and friends from 10 a.m. until 10:45 a.m. at the church. Interment, Cathedral Cemetery, Scranton.

To order memorial trees or send flowers to the family in memory of Thomas A. Dickinson, please visit our flower store.