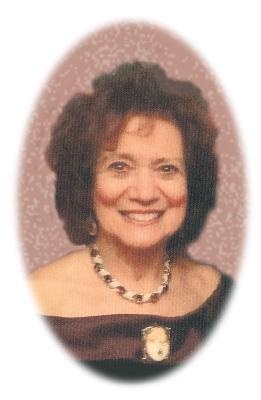 Born March 26, 1934, in Staten Island, N.Y., she was the daughter of the late Michael and Josephine (Mazzarese) Catoggio. A resident of the Abingtons since 1973, she formerly lived in New Jersey and New York. Terry was a 1951 graduate of St. Barnabas High School, Yonkers, N.Y. She received her Bachelor of Arts in English and education from Hunter College in 1955, graduating summa cum laude, and was elected to the honorary societies, Phi Beta Kappa and Psi Chi. Before moving to this area, Terry was a teacher for school districts in Texas, Maine, New York and New Jersey. She furthered her studies and received her master's degree in counseling from the University of Scranton, and also did post-graduate studies at Marywood University and Penn State University. Terry taught English in the Abington Heights School District for 23 years. Many area teachers remember Terry for the English grammar course she had taught through NEIU 19. She was a member of Our Lady of the Snows Parish, Clarks Summit. ?Terry was a loving and devoted wife, mother, grandmother and sister who was the matriarch and cornerstone of the family. Her children and her grandchildren were the center of her world, and she was completely devoted to them.A heartfelt thank you is extended to the doctors and staff of Regional Hospital of Scranton and the NEPA Hospice Unit for their compassionate and loving care.Also surviving are two daughters, Kim Keogh and husband, Rick, Kingsley; and Terry Graham and husband, Bill, Chambersburg; two sons, Jim Black and wife, Suzanne, Dalton; and John Black, Dalton; a brother, Michael Catoggio and wife, Joanne, Wappinger Falls, N.Y.; a niece, Christine Grimaldi and husband, Mark, Hyde Park, N.Y.; as well as several nieces, nephews and other extended family. Terry and Tom have 11 grandchildren, Ricky Keogh and wife, Codie; Michael Keogh; Molly Keogh; Bill Graham, Ph.D.; 2nd Lt. Thomas Graham; Mackenzie Graham; Nicholas Graham; Kara Black; Jimmy Black; Jessica Black, R.N.; and Michael Black.A memorial Mass will be celebrated March 26 at 10 a.m. at Our Lady of Snows Church. Memorial contributions may be made to Juvenile Diabetes Foundation, 225 City Avenue, Suite 104, Bala Cynwyd, PA 19004; Northeast PA Hospice, 746 Jefferson Avenue, Scranton, PA 18510; St. Jude's Children Research Hospital, P.O. Box 50, Memphis, TN 38101-9929 or a charity of the donors choice.

Our Lady of the Snows
301 South State Street
Clarks Summit, Pennsylvania, United States
18411
Get Directions
To order memorial trees or send flowers to the family in memory of Theresa Sheehan, please visit our flower store.
Send a Sympathy Card