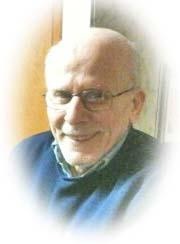 Born Jan. 23, 1935, in Olyphant, he was the son of the late Andrew and Tillie Waschysak Klemish. An Olyphant resident, he was educated in Olyphant schools. He honorably served his country as a member of the Navy on the USS Cadmus and the USS Salamonie at the rank of Quartermaster 2nd class.

Following his discharge from the Navy, Ted was employed at Specialty Records in Olyphant for more than 40 years. During his employment, he pressed records and then was involved with the manufacturing of CDs.

He was a devoted son who provided excellent care to his mother, Tillie, in her final years, following his retiring from the record factory.

Ted was a member of SS. Cyril & Methodius Ukrainian Greek Catholic Church, Olyphant, the Jessup VFW Post 5544 and in keeping with his father Andrew's tradition, he was a member of the Olyphant Volunteer Hose Company 2 and served many years helping the families and businesses of Olyphant and neighboring communities.

He was close to his sister, Gloria and enjoyed sharing holidays and family gatherings with her family. Uncle Teddy Bear, as known by many, was a gentle and kind man who will be sadly missed.

He was also preceded in death by a niece, Debra Pierce, in September 2011.

The family will receive relatives and friends Friday from 5 to 7 p.m. at Hudak-O'Shea Funeral Home, 115 Garfield Ave., Olyphant.

Memorial contributions may be made to the Jessup VFW Post 5544, 205 Dolph St., Jessup, PA 18434. For more information, directions or to send an online condolence, visit www.jenningscalvey.com.