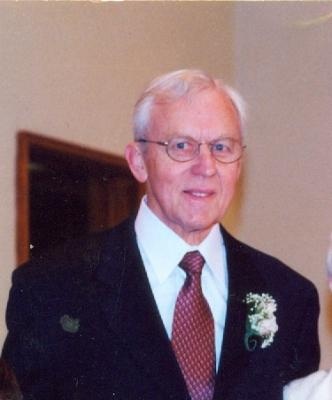 Born July 29, 1925, in Wilkes-Barre, he was the son of the late Anthony and Lottie Wisniewski Fisher. A graduate of Coughlin High School, Wilkes-Barre, he enlisted in the Navy during World War II immediately after high school at the age of 17. He honorably served 32 months, with 22 months in the Pacific theater. He was proud of the fact that by the age of 20, he was a signalman third-class aboard the USS Waukesha, a cargo attack transport supporting the occupation of Japan.

Ted began his professional career with General Electric in Philadelphia. He worked in the leading edge of aerospace technology in Lynn, Mass., and Baltimore, before returning to Clarks Summit in 1961. The engineering industry later took him to New York and Iowa, where he worked for 10 years at Cummins Engine Co. as a manufacturing mechanical engineer until he retired. He was passionate about his work, and excelled at whatever project he engaged in.

He loved "tinkering" with cars and was an enthusiastic amateur radio ham operator and a member of the local Amateur Radio Club. Another lifelong interest he had was airplanes, and he travelled to several air shows when he lived in the Midwest. He also enjoyed skiing, computers and staying informed on politics and current events.

A devoted Catholic all his life, he was a faithful member of Our Lady of the Snows Church, Clarks Summit, and its Men's Club.

The funeral will be Thursday with Mass of Christian Burial at 10 a.m. in Our Lady of the Snows Church, 301 S. State St., Clarks Summit. Interment, Clarks Green Cemetery.

The family will receive relatives and friends, Wednesday, 4 to 7 p.m., at the Jennings-Calvey Funeral and Cremation Service Inc., 111 Colburn Ave., Clarks Summit. Memorial contributions may be made to Parkinson Council, P.O. Box 1948, Media, PA 19063.