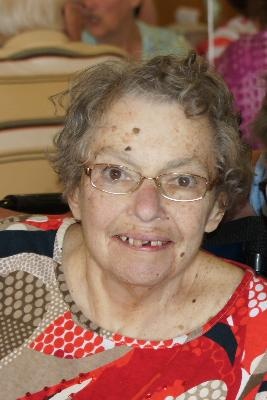 Susan Jean Cawley, 77, of Clarks Summit, died Thursday, June 13, 2013, in VNA Hospice Unit, Geisinger Community Medical Center. She was the wife of the late Joseph Thomas Cawley. The couple had been married more than 45 years.

Born March 11, 1936, in Lakewood, Ohio, daughter of the late Frank J. and Mary Evelyn Edelman Fahey, she resided in Clarks Summit since 1958. She was a 1954 graduate of Brecksville High School, Brecksville, Ohio, and attended Case Western Reserve University, Ohio. Before retirement, she was employed by Clarks Summit State Hospital as a psychiatric aide for more than 25 years. She was a member of Our Lady of the Snows Church and its Women's Guild.

She was also preceded in death by brothers, Frank and Vincent Fahey; and a sister, Kathy Hewett.

The funeral will be Monday in Our Lady of the Snows Church, 301 S. State St., Clarks Summit, with Mass at 10 a.m. to be celebrated by Monsignor James J. McGarry. Interment, Clarks Green Cemetery. Friends may call Sunday, 3 to 6 p.m., at the Jennings-Calvey Funeral and Cremation Service Inc., 111 Colburn Ave., Clarks Summit.

Memorial contributions may be made to VNA Hospice of Lackawanna County, 301 Delaware St., Olyphant, PA 18447 or a charity of the donor's choice .