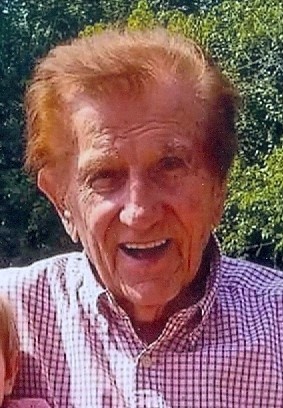 Steve was born on September 6, 1926 in Old Forge and grew up on the family farm in Newton. He lived for many years in Dalton and most recently resided in Scott Twp. Steve was the former husband of Anna Mae Hirjak of Taylor with whom he raised 6 children.

Steve was a pioneer in the transportation industry. He started hauling produce from the family farm to NYC on a weekly basis which gave him a taste of the trucking industry. Steve started Richard’s Freight Lines in 1964 in Scranton and later became an independent trucker, hauling produce nationwide. He and his sons started Hrobuchak Trucking which later was renamed Transcontinental Refrigerated Lines (TRL), Inc., based in Pittston. He retired in 1985 and TRL later became one of the largest refrigerated carriers on the east coast and country, making it to the trucking hall of fame.

Steve was known for knowing everything, his incredible work ethic, free spirit, sense of humor, and entrepreneurial mind. He remained active and full of life for almost a century. He will be dearly missed, but his larger-than-life presence and endless stories will be remembered for generations to come.

Steve was the last surviving sibling of 12 children born to the late Simone (Sam) and Anna (Solanik) Hrobuchak who relocated to Pennsylvania from the Carpathian Region of Eastern Europe in 1900. Surviving is one son, Stephen Hrobuchak of Falls and Amelia Island, FL; 3 daughters: Mary Ann Avery and husband David of Waverly, Karen Hrobuchak of Albuquerque, NM, and Lisa Pyne and husband Brian of Greensboro, NC; his loving and constant partner of 30 years: Donna Brozdowski of Scott Twp., 9 grandchildren, 13 great grandchildren, nieces and nephews.

He is preceded in death by a son, Mark, and daughter Betsy Hrobuchak.

To order memorial trees or send flowers to the family in memory of Stephen Hrobuchak, please visit our flower store.