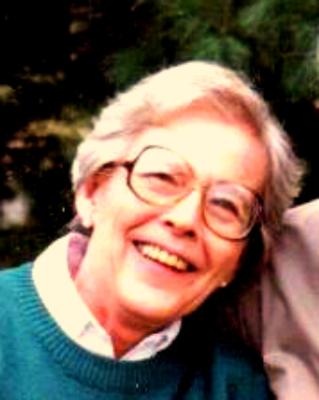 Ruth S. (Schwartz) Post, 87, Clarks Summit, died Aug. 11 at home. She was the wife of the late Jack R. Post. The couple had been married 56 years.Born in West Pittston, daughter of the late Daniel and Esther (Keithline) Schwartz, Ruth was a graduate of West Pittston High School and attended Harcum College, Bryn Mawr. She was a member of the First Presbyterian Church, Clarks Summit, the Country Club of Scranton, the Waverly Country Club and the Junior League of Scranton.Ruth's family would like to express its sincere gratitude to Dr. Stephen Jaditz and the nurses and staff of the Hospice of the Sacred Heart for their compassionate care during her final days. Surviving are a son, J. Richter Post and wife, Carol, Chesapeake City, Md.; a daughter, Carrie Post Zang and husband, Joseph, Cecilton, Md.; and three granddaughters, Casey Sabo and husband, Andy, Cambodia; Melissa Post, California; and Greer Butler, Cecilton. She was also preceded in death by two daughters, Laura Sayre Post and Sarah Post Burke; and two sisters, June Smith and Carolyn Bevan.A memorial service will be Tuesday at 11 a.m. at the First Presbyterian Church, 300 School St., Clarks Summit, with the Rev. William G. Carter officiating.The family will receive relatives and friends at the church from 10 until the time of the service. Memorial contributions may be made to St. Jude Children's Research Hospital, P. O. Box 50, Memphis, TN 38101-9929 or the Hospice of the Sacred Heart, 600 Baltimore Drive, Wilkes - Barre, PA 18702.