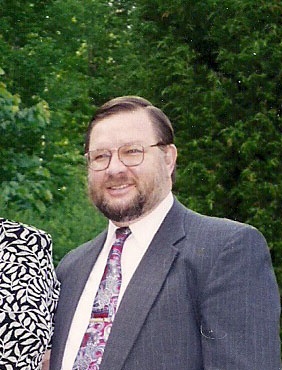 Robert Edward Jablonow-ski, 68, of South Abington Twp., died Saturday at Hospice of the Sacred Heart Inpatient Facility, Dunmore. For 45 years, he was the loving husband of the former Mary Wirchniansky.

Born June 28, 1951, in Carbondale, he was the son of the late Edward and Vera (Revak) Jablonowski. He was a 1969 graduate of Fell High School, Fell Twp., and received his Bachelor of Science degree from Penn State University, having studied statistics, in 1973. Before retirement, he was employed by Gerald J. Price Insurance Agency, Carbondale, for more than 30 years.

A member of Our Lady of the Snows Parish, Clarks Summit, he was a member of the Knights of Columbus, Council 329.

Robert enjoyed being an amateur radio operator and playing his guitar. In his younger years he played the bass professionally.

The family wishes to extend its sincere gratitude to the care providers at Hospice of the Sacred Heart, as they are angels in the guise of medical professionals.

The funeral will be Thursday at 9:30 a.m. from Our Lady of the Snows Church, 301 S. State St., Clarks Summit, with Mass of Christian Burial to be celebrated by Monsignor Joseph G. Quinn, pastor. Interment, SS. Cyril and Methodius Cemetery, Peckville.

The family will receive relatives and friends Wednesday from 4 to 7 p.m. at the Jennings-Calvey Funeral and Cremation Service Inc., 111 Colburn Ave., Clarks Summit, PA 18411. For directions or to leave an online condolence, visit the funeral home website.

To order memorial trees or send flowers to the family in memory of Robert Jablonowski, please visit our flower store.