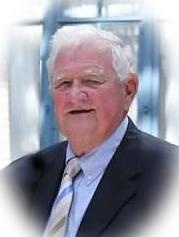 Robert "Coach" Gilbride, 84, of Newton Twp., died Thursday at home. He was the husband of the former Rita Jeanne Kaminsky. The couple would have celebrated their 51st wedding anniversary on Nov. 26.Born June 3, 1930, in Scranton, son of the late John and Mary Martin Gilbride, he moved to Newton Twp. in 1982, having lived in Scranton. A graduate of Minooka High School, he received his Bachelor of Science degree in education from the University of Scranton. He honorably served in the Navy. Robert was employed by the Scranton School District. He was known by many for his coaching championship teams in baseball and basketball, most notably the Holy Rosary Beads and Central High School Golden Eagles.He was an avid golfer and proud member of Emanon Golf Club, Falls, where he had 13 holes-in-one.Surviving are five daughters, Rita Gilbride, Bellows Falls, Vt.; Rose Gilbride, Boulder, Colo.; Eileen Gilbride and her companion, John Williams, Boulder; Jeanne Caswell and husband, Daniel, Ellicott City, Md.; Diana Gilbride and companion, Eric Rowlands, Auburn Twp.; a dear nephew, James Gilbride and wife, Dottie, Laurel, Md.; six grandchildren, Karoline Mehalchick Flynn, Annie Mehalchick McCoy, Jennifer Lee Kass, Alexandra Kass, Lucas Gilbride and Daniel Caswell; two great-grandchildren, John and Anna Flynn; nieces and nephews.He was also preceded in death by three brothers, Harry Feeney, John and Peter Gilbride; and a sister, Rose Janet.The funeral will be private at the convenience of the family with graveside services by Monsignor James McGarry, pastor of Our Lady of the Snows Church. Interment, Cathedral Cemetery.Memorial contributions may be made to a charity of the donor's choice.