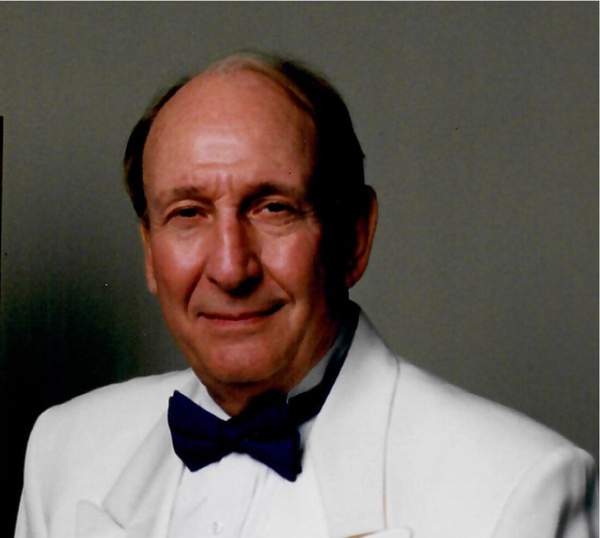 An extraordinary man ended this part of his journey on December 30, 2020, one day after celebrating his 88th birthday.

Robert M. Bessoir, the basketball coach who led The University of Scranton to two national championships, was born in Jersey City, New Jersey, on December 29, 1932, to William and Mary Bessoir. After graduating from Dickinson High School, Bess lacked the financial means to attend college. He didn’t lack the determination, and thanks to his 6’7” frame and a deadly jump shot, a year later he hopped a train to Scranton to play basketball on scholarship for Coach Pete Carlesimo.

While at Scranton, he excelled on the court, as only the second 1,000 point scorer in Royals history and the winner of the first Les Dickman Award. He was also the Scranton Times Athlete of the Week and winner of the Joe Butler Award for Athlete of the Year. His record of 43 rebounds in a game will likely never be bested.

To support himself financially, Coach Bess joined the ROTC, and after graduating with a degree in sociology, he was deployed to Korea where he honorably served during the Korean conflict. He was selected to the Army basketball team, and was the MVP of the Far East All Star Team.  A bite from a mosquito and a near-deadly case of malaria prematurely ended his tour, but he remained in the Army National Guard for many years, retiring with the rank of Captain.

After Korea, Coach Bess earned his master’s degree from East Stroudsburg University and began teaching at South Catholic High School. He had the personality to make ancient history seem exciting, and it was there that he began his coaching career with the boys’ basketball team. When an assistant coaching position opened at Scranton, he was awarded the job, and in 1972, he became the Head Men’s Basketball Coach.

When he started at Scranton, he taught physical education—yoga, swimming, weight training— and also coached baseball and tennis, and was the sports information director.  One of his favorite jokes was about that time of his life. If he did a good job, he said, Pete Carlisimo promised to hire him full time.

Scranton struggled in the first two seasons under Coach Bess, but the seeds were planted and in his third season, the team won the Middle Atlantic Conference Championship and Scranton earned it’s first-ever bid to the NCAA Tournament. The rest, as they say, is history.

His 1975-76 Rock-N-Roll Royals burst onto the national scene with Scranton’s first ever number one ranking in the polls, and a Royals’ game was the hottest ticket in town. Students and members of the community packed the John Long Center for home games and were treated to a concert like atmosphere as the Royals warmed up to the beat of the Rolling Stones. Fans danced in the aisles as the Royals danced on the court, using a pressing and fast-breaking style to torment opposing teams and excite the crowd. As the wins piled up so did the expectations and the Royals didn’t disappoint. Scranton won its first national championship that year against Wittenberg.

In 1983, with a team composed of locals including Rich Para, Billy Maile, Dan Polacheck , Tom Kosin, Mickey Banas, Todd Bailey, and Bess’s son Billy, the Royals returned to the mountaintop. The team dazzled on offense and rewrote the record books, and treated the fans to the greatest game in Scranton history—a triple-overtime victory over Widener for a trip to the Final Four in Grand Rapids, Michigan. So many Scranton fans made the trip to Michigan for the games that Bess said the Royals had the home court advantage. They used it to win their second national title.

The Scranton statistics under Coach Bess are in the record books. Before hanging up his whistle in 2001, he amassed 552 wins, four trips to the NCAA Final Four, two national championships, 17 Middle Atlantic Conference Championships, 18 trips to the NCAA tournament and countless other tournament championships. As a coach and player he was inducted into seven different local, regional and national sports hall of fames, and was named conference and regional coach of the year many times. In 1983 and 1992, he was the NCAA National Coach of the Year.

Not only was Coach Bess a fixture at The University of Scranton, his reach went far beyond the doors of Long Center. He was involved with local and regional basketball camps, and helped to establish the National Youth Sports Program at Scranton, and served as its national director. He volunteered and shared his Royal touch with those who were not as fortunate and members of the community with special needs.

Although his personality was huge, and he loved the attention his success brought, it was the one-on-one relationships with hisstudents and players that meant the most to him. He took pride not just in the fact that his teams won the big games, but that the young men on those teams graduated with Scranton degrees that paved the way for success in fields from medicine to law to business, and most especially— teaching and coaching. He was always happy to pick up the phone and call someone he knew, to refer a student or player for a job or other position.

Of his many accolades, Coach Bess was most proud of theDistinguished Frank O’Hara Award, the highest honor the University bestows on alumni. It was Mr. O’Hara who awardedBess his scholarship at Scranton, forever altering the course of his life. Bess loved his alma mater, and was so very grateful to The University of Scranton for the opportunity he was given, as a young student-athlete and then as a teacher and coach.

Bob credited his longevity to his exercise routine and his life-long practice of yoga and meditation. He exuded positive energy and a “can-do” attitude that helped him achieve whatever goals he set. He laughed often, especially at himself, and was known as a great speaker and toast-master. He told great stories about his many adventures, from his days in the army, to raising his family, to coaching his beloved Royals.

Bess once said, “The downfall of a long life is losing the people who made this one so grand.” He mused that he would love to once again talk hoops with Carlisimo and his greatest pal, former Scranton Prep coach Jack Farrell, Father Fitz and Fiore Cesare as well as his former wife, Mimi, and his beloved son Brad.

Bess was blessed with six children—Bob, Brad, Billy, Bonnie, Jamison, and Max, and he was proud of all of their accomplishments in athletics and the arts, and of the fabulous human beings they became. He also had eight grandchildren-Ashley, Amy, Abby, James, Billy and Emily Bessoir, and Lexi and Kyle Mislevy, and a great-granddaughter, Brenna Pipe. He was preceded in death by his parents, his sisters Agnes Lalunaand Audrey Gregory, his former wife, Marion Lewsley, and his son, Brad.

Sometime soon, when we no longer have to worry about the threat of a pandemic, Bob’s life will be celebrated at a ceremony at his beloved alma mater.

So many young men and women were blessed to have been taught and coached by Bess that his legend will live for a while longer. Even longer still at The U, where the Robert Bessoir Scholarship was established by his former player, Steve Joseph, a member of the 1983 national championship team. If you would like to memorialize Bess, a contribution to his scholarship would be the thing that meant the most to him. Gifts can be sent to The University of Scranton, Bessoir Scholarship Fund, 800 Linden Street, Scranton, PA, 18510.

Someone who loved him recently told him this: “You have made the world a better place by the life you’ve lived.” He responded by saying “That’s the greatest thing you can hope for.”

In the days since his passing, so many people have shared great stories of Bess and the impact he made on their lives. That was his greatest legacy. His sun has set, but his light remains.

To order memorial trees or send flowers to the family in memory of Robert Bessoir, please visit our flower store.