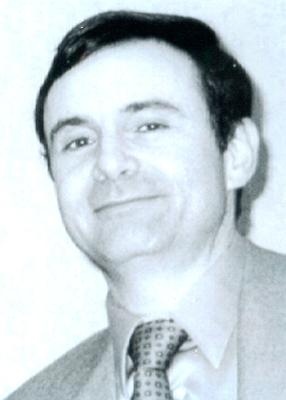 Richard P. O'Brien, M.D., FACEP, 59, of Glenburn Twp., died unexpectedly Friday morning at his home. He was the proud only son of the late Peter and Margaret O'Brien, with the latter passing away just a few short months ago in April. While he is survived by no living relatives, Dr. O'Brien leaves behind hundreds of friends, many in the medical community, who are acutely saddened by the loss of one of their own.Born and raised in Queens, New York, Dr. O'Brien was educated at Chaminade High School before heading to Washington, D.C., where he took Georgetown University by storm, receiving his undergraduate and medical degrees. He was extremely proud of his alma mater and was a lifetime member of the Georgetown University Loyalty Society, who recognized him in 2009 with a Certificate of Appreciation for his exceptional financial support.In 1983, Dr. O'Brien became a member of the American College of Emergency Physicians. He was later recognized by the Pennsylvania Chapter of American College of Emergency Physicians and presented with the 2001 PaACEP Meritorious Award for his untiring service as a chapter leader, including president, member of the board of directors, chairman of the communications committee and councilor. He represented the organization in print and broadcast media and through his service as Chairperson of the ACEP Public Relations Committee. In May of 2011, he received the Communications Lifetime Achievement Award for his longtime commitment to improving public health by developing radio public service announcements which have been broadcast nationwide.He worked in Emergency Medicine for the past 30 years, primarily at Moses Taylor Hospital, where he served as Medical Staff President in 2010 and 2011. Most recently, Dr. O'Brien was employed by Med Express in Wilkes-Barre. He was part of the clinical faculty of the Commonwealth Medical College of Pennsylvania and also served as an instructor in the paramedic program at Luzerne County Community College.Dr. O'Brien loved writing and editing, and was often a featured writer for the publication Bottom Line, a public health magazine, where he would treat his readers with a real-life ER story equipped with humor and problem solving information.His commitment of time, support and inspiration to the medical community cannot be overstated. He was loved and respected by his peers, co-workers and especially his patients. There is no replacement for this quirky, funny doctor who lived to make his patients laugh while providing exceptional emergency care. He will forever live in the minds and hearts of those who knew and loved him best.In another lifetime, Dr. O'Brien would have been remembered as a rock and roll legend, but lucky for this community, his passion for the medical field intervened. His music collection and appreciation is second to none. He was a regular at the Kirby Center of the Arts and Bethel Woods Performing Arts Center, where he never missed a good concert. Thank you so very much, our dear friend, for the laughs and memories that you leave behind.A celebration of his life will be held at a date in the near future. Interment will be private at Cathedral Cemetery, Scranton.Memorial contributions may be made to Clarks Summit Fire Company #1 Inc., P.O. Box M, Clarks Summit, PA 18411.