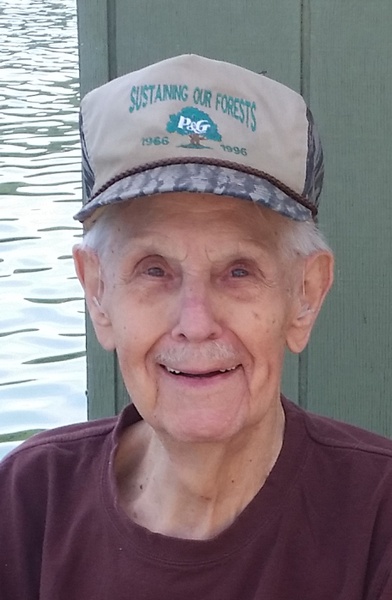 Richard A. "Nick" Dobrensky, 92, of Clarks Summit, died on Sunday, in Abington Manor.  He was the husband of Jane (Bailey) Dobrensky to whom he was married 71 years.

Born February 9, 1928 in Scranton, Richard was the son of the late Walter and Alice (Strazewski) Dobrensky. He was educated in the Scranton school system and honorably served our country in WWII in the Army Transportation Corps. Richard worked as a Tractor Trailer Driver for Toss Fowler Company for 37 years before retirement.  He enjoyed his 33 years of retirement to the fullest:  hunting, fishing and spending time with friends and family.

Preceded in death is a sister, Joan Alice Tetlock

There will be a celebration of life announced at a later date with an interment to follow. Memorial Contributions may be made to American Cancer Society - Lackawanna Unit, NEET Center, 1300 Old Plank Road, Mayfield, PA 18433.

To order memorial trees or send flowers to the family in memory of Richard Dobrensky, please visit our flower store.