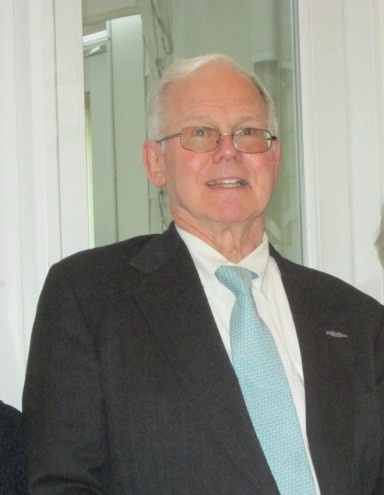 Attorney Peter Godwin Loftus Sr., 79, Waverly, died June 8 in Wilkes-Barre VA Medical Center. He was the husband of the former Julie Conway. The couple had been married over 53 years.

Born Jan. 24, 1940, in Scranton, the son of the late Joseph and the Mary (Godwin Loftus) Loftus, he was a graduate of Scranton Preparatory School and received his Bachlor of Science from the University of Scranton, where he was commissioned into the United States Army upon graduation in 1961. A Vietnam veteran, Loftus was a paratrooper in the 1st Battalion, 503rd Airborne Infantry Regiment, out of Fort Bragg, N.C., and a member of the Elite 82nd Airborne, also referred to as the Green Berets. He earned the Bronze Star and was promoted to captain during his time in Vietnam. Upon being honorably discharged, in 1965, he joined the FBI as a special agent. After a stint in Texas, he was transferred to Washington, D.C., where he attended the FBI's foreign language program, becoming proficient in Mandarin. From there, the FBI sent him to New York City, just as the People's Republic of China was being considered (and later admitted) to the United Nations General Assembly. His FBI experience led him to pursue a professional career in law. He received his J.D. degree from Seton Hall University Law School, New Jersey, and his L.L.M. Master of Law in trial advocacy from Temple University. He practiced law for more than 40 years in Northeast Pennsylvania. Raised to help his community, Pete volunteered as an EMT and was captain of the Dalton Volunter Fire Company's EMS ambulance service. He was a member of the St. Gregory's Parish, Clakrs Green, having served on the parish council and as Eucharistic minister. He served on the boards of numerous organizations, including Meals on Wheels of Northeast Pennsylvania, the Pennsylvania Regional Tissue Bank, Lourdesmont and Community Life Support Ambulance Service. He was active with organizations that his children were members of, especially swim teams.

Pete was passionate about his Catholic faith, his country and his family.

He was also predeceased by his son, Peter Jr.; and a brother, Joseph.

Mass of Christian Burial will be celebrated by the Rev. John M. Lapera, pastor of Church of St. Gregory, Clarks Green, on Wednesday at 11 a.m. at the Madonna Della Strada Chapel, 415 Monroe Ave., Scranton.

The family will receive relatives and friends from 9:45 to 10:45 a.m. at the chapel. Interment, St. Catherine's Cemetery, Moscow.

Peter depended on the comfort and companionship of his loyal dogs. In his honor, memorial contributions may be made to K9s On The Front Line, an organization that rescues shelter dogs and trains them to assist veterans affected by PTSD, K9s on The Front Line, P.O. Box 8823, Portland, ME 04104.

To order memorial trees or send flowers to the family in memory of Peter Loftus, please visit our flower store.