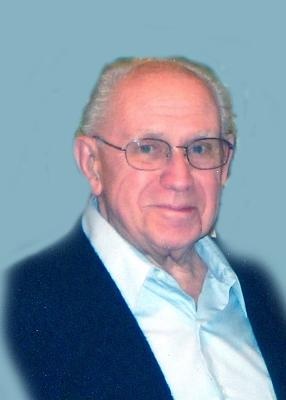 On Sunday, my sweetheart, best friend and loving father to our daughters went to his new home in Heaven.

Paul J. Fueller died Sunday peacefully at the VNA Hospice in Geisinger Community Medical Center surrounded by his loving family going to his new home. His sweetheart, best friend and wife of 63 years is the former Mary Eble.

He was born July 29, 1928, in Scranton and was the son of the late Frederick and Marie Heinrich Fueller.

After graduating from Technical High School, he enlisted in the Army and served in Company M, 35th Infantry Regiment 25th Division in Japan during World War II, also served in the 323 Lite Engineers Battalion during the Korean Conflict, where he served his country as a Sergeant. A very patriotic man, the first thing he did when we bought our home in Chinchilla sixty three years ago, was to erect the American flag in the front yard.

Always a hard worker, Paul worked for Casket Shells in Eynon until retirement. He also was employed by South Abington Township as a part-time policeman. After retirement, he worked at Simplex Homes and later at Moses Taylor Hospital.

He was a member of Our Lady of the Snows Church, Clarks Summit, the Abington Memorial Post 7069, VFW and the American Legion. He was a proud charter member of the Chinchilla Hose Company, which was incorporated in 1956 along with fellow members and friends, including Thomas Greene, Robert Habeeb, Warren Fetzer, Tom Saville and Bob Fetherman.

Paul could often be seen hanging off the back of the fire truck on the way to a fire in the good 'ol days. Once he jumped on the back of the truck in his good suit and ripped the pants. Mary was not too happy.

Paul loved puttering in his yard, going on cruises and taking spontaneous trips to many places. Paul could fix anything that was broken, loved making furniture for his home and daughter's homes and beautiful hobby horses for his grandchildren. He took great pride in maintaining his home. A man of integrity and honesty, he devoted his life to his family and was always there for them. He was happiest when his entire family was gathered together at his home. One of Paul's happiest pastimes was playing rummy with his grandchildren. They will miss these treasured times dearly. He was so proud of his children's and his grandchildren's accomplishments and bragged about them to anyone who would listen. He was a people person, striking up conversations with complete strangers, often at the mall while he waited for Mary to finish shopping.

Paul, a loving husband and father, he was very gentle in his nature. Envious of no one and was a true gentleman, known for his friendly smile, one-liners and outgoing personality. He treasured the love of his life, his loving wife of 63 years, Mary, who he met when he was eight-years-old when she moved next door to his home in South Scranton.Hugs were important to Paul as he was quick to demonstrate his loving nature towards his family. These hugs will be missed. Many times Paul said, "I had a wonderful life" and so blessed to have the wonderful daughters and sons-in-laws he had. Paul enjoyed a good time and a nice glass of merlot.

Paul's family would like to thank the staff of the VNA Hospice for their superior care and attention they gave Paul, their kindness to his family and also the nurses on the eighth floor of the hospital.

He was preceded in death by a brother, Edward Fueller; a sister, Mary Singley; and his special angel granddaughter, Jami Marie Lamendola, who God called to Heaven right before her first birthday.

The funeral will be Thursday from Our Lady of the Snows Church, 301 South State Street, Clarks Summit, with Mass at 10:00 a.m. to be celebrated by Rev. Arbogaste Satoun. Interment, Fairview Memorial Park, Elmhurst Twp., with full Military honors.

The family will receive relatives and friends for a celebration of his life, Wednesday, 4 p.m. to 7 p.m. at the Jennings-Calvey Funeral and Cremation Service Inc., 111 Colburn Avenue, Clarks Summit. Abington Memorial Post #7069 will have services at 6:45 p.m. In celebration of Paul's fulfilling life, those attending are encouraged to wear joyful and cheerful attire.

In lieu of flowers for him, please give your loved one flowers in his honor and memory. He would like that as he bought his beloved Mary, his Princess, flowers every week.