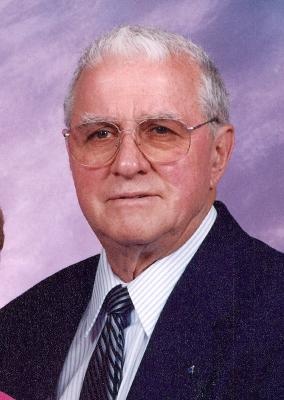 Paul Thomas Beck, 86, of Waverly, died Monday at Regional Hospital of Scranton. He was the loving husband of more than 47 years of the former Janet Barnes.

Born July 6, 1930, in Scranton, he was the son of the late Ronald Haliday and Irene (Thomas) Beck.

He was a 1949 graduate of Taylor High School and attended Keystone College. He honorably served in the Army during the Korean War as a medic in the Medical Corps, 32nd infantry Regiment and attained the rank of sergeant. A decorated veteran, he received the Korean Service Medal with two Bronze Stars, Combat Medical Badge, United Nations Service Medal, National Defense Service Medal and Good Conduct Medal. He was a third-generation professional painter for more than 40 years, and was a painter at the Globe Store, Scranton, for years and was a member of Painters Union Local 218. He was a member of Waverly United Methodist Church, Taylor Hose and Engine Company 2, Taylor American Legion 306, Union Lodge 291 Free and Accepted Masons, Keystone Consistory and the Irem Temple Shrine. He was a founding member of the Scranton Regional Antique Automobile Club of America.

Paul was an antique collector and proud owner over the years of various antique automobiles. He truly enjoyed and his specialty was in collecting stoneware. He was fond of and cherished his pet cat, Heidi.

He was also preceded in death by a brother, Ronald Beck; a sister, Janet Beck; and a stepbrother, Donald Jones.

The funeral will be Friday at 11 a.m. from the Jennings-Calvey Funeral and Cremation Service Inc., 111 Colburn Ave., Clarks Summit, PA 18411, with services by the Rev. Michelle Lynn Whitlock, pastor, Waverly United Methodist Church.

The family will receive relatives and friends Thursday, 4 to 7 p.m. Interment with military honors, Dunmore Cemetery.

To order memorial trees or send flowers to the family in memory of Paul Beck, please visit our flower store.