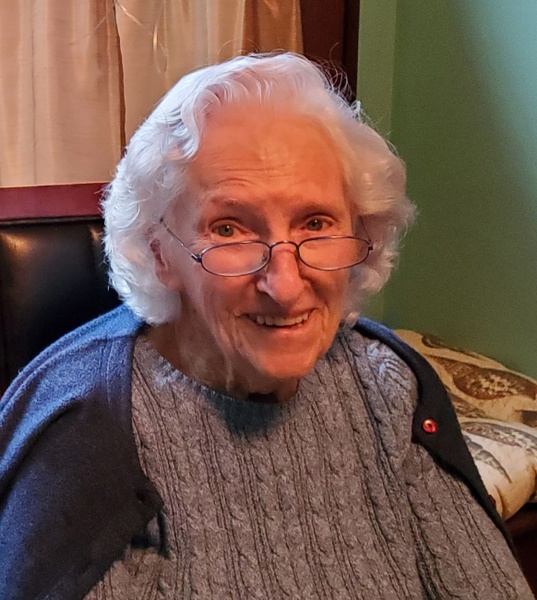 Jane Dobrensky, 94, of Clarks Summit, passed away at home Sunday. She was the loving wife of 71 years, married to the late Richard (Nick) Dobrensky, who died Sept. 27, 2020.

Born in Scranton on April 23, 1928, she was the daughter of the late Frank G. and the late Blanche T. (Lewis) Bailey. Before retirement, she was employed by JCPenney, Ramada Inn and spent many of her earlier years at Capitol Records. She was a member of the Chinchilla and Clarks Green United Methodist Church for more than 50 years.

In her younger years, Jane enjoyed roller skating, bowling and dancing with her husband, also traveling the world with her daughter. She often enjoyed cheering for her grandchildren at sporting and school events. She was an avid reader and bowler, participating in many leagues into her late 80s and enjoyed walking the local parks.

In addition to her husband, she was predeceased by sisters, Mary Williams, Hazel Frantz and Betty Thomas, and a brother, Marshall Bailey.

Interment and a celebration of life will be scheduled at a later date.

Memorial contributions may be made to the American Heart Association or American Stroke Association, P.O. Box 840692, Dallas, TX 75284-0692.

To order memorial trees or send flowers to the family in memory of Norma Jane Dobrensky, please visit our flower store.

Services to be scheduled at a later date.