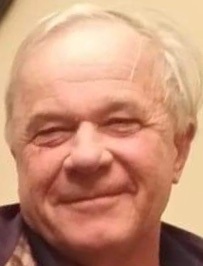 Michael J. Koval Jr., 74, of Clarks Green, died surrounded by his wife and children on Wednesday, in Geisinger Medical Center in Danville.  He was an adoring husband of Florence Tityk Koval.

Michael worked as a Project Manager Critical Environments , and he was previously a proud member of the International Brotherhood of Electrical Workers.

Michael was a devout Catholic and a practicing parishioner of the Church of Saint Gregory.

Michael was a devoted family man, and there was nothing more important to him than his wife, children and grandchildren.  Those who knew him will remember most his sense of humor, his honesty, loyalty and his ability to understand and forgive.  He will be greatly missed.

Surviving in addition to his loving wife, Florence are two sons.  Michael J. Koval III and wife, Lisa of Palmyra, and David Koval of Boca Raton, FL; one daughter, Tara Koval and partner Thomas Sarnoski of Clarks Summit, one brother, Mark Koval of Scranton, three sisters, Paula Koval, Sharon Koval and Kate Koval.  Michael was the beloved and treasured Poppy to six grandchildren and one great grandson, nieces and nephews.  He was preceded in death by brother, Christopher Koval.

The funeral will be Friday at 10am with a private Mass of Christian Burial from the Church of Saint Gregory, 330 North Abington Road, Clarks Green, to be celebrated by Rev. John M. Lapera, Interment: Cathedral Cemetery, Scranton.

Michael’s family has asked that in lieu of flowers donations in any amount be made in Michael’s name to the COPD Foundation, www.copdfoundation.org.

To order memorial trees or send flowers to the family in memory of Michael Koval, please visit our flower store.