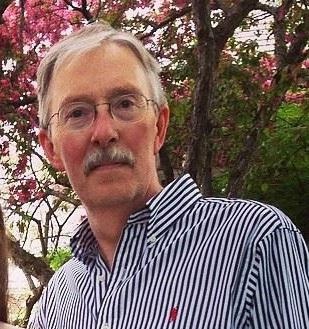 Michael J. Barrett, M.D., J.D., 61, of Waverly, died Thursday at home. He was the husband of the former Kathleen McGrath. The couple had been married more than 28 years. Born Sept. 7, 1952, in North Scranton, he was the son of the late Francis and Marion (Blackledge) Barrett. Formerly of Scranton, Dr. Barrett was a resident of Waverly. He was a 1970 graduate of Scranton Central High School, and received his Bachelor of Science from the University of Scranton. He furthered his studies in the doctorate program at Boston University. He then received his juris doctorate degree from Duquesne University Law School and ultimately his medical degree from Jefferson Medical College. He was a hospitalist at Moses Taylor Hospital, and previously had a private practice in Throop. Dr. Barrett was a loving father and husband. An avid reader, he loved to acquire knowledge in a variety of subjects, and spent many happy hours reading in his study at home. He had a beautiful mind. His quest for knowledge sent him on a journey from law school to medical school. He was passionate about his profession as a doctor, and took pride in caring for his patients with grace and humility. His greatest joys were spending time with his family and attending his daughter's cross country and track meets. He was a wonderful person, beloved by all of his friends and extended family. He touched the lives of many people, and his life was a shining example of excellence and dedication. He will be dearly missed. The family would like to thank the medical staff and hospice of Moses Taylor Hospital, with special thanks to Dr. Terrence Lenahan, Dr. Stephen Opsasnick and devoted friend, Dr. Linda Barrasse. Also surviving are a daughter, Tessa Barrett, at home; a sister, Mary Hart and husband, Neal, South Abington Twp., and daughters, Sarah and Laura; two sisters-in-law, Margaret McGrath, Rockville, Md.; and Mary Jane McNamara and husband, Mike McNamara, Newtown, Conn.; two brothers-in-law, John McGrath and wife, Amy, North Potomac, Md.; and Brian McGrath and wife, Audra, Lovettsville, Va.; nieces and nephews. He was also preceded in death by a sister, Denise Barrett; and brother-in-law, Phillip McGrath. The family will receive relatives and friends Sunday from 2 to 5 p.m. at the family home, 1111 N. Abington Road, Waverly. Arrangements are by Jennings-Calvey Funeral and Cremation Service Inc., 111 Colburn Ave., Clarks Summit.