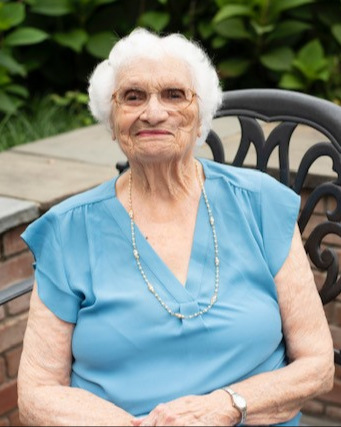 Mary Grace Catalano, 93, of Dalton, PA passed away peacefully on Saturday, August 27, 2022 in Wilmington, DE surrounded by her loving family.

Born September 17, 1928 in Scranton, Mary was the daughter of the late Anthony and Celeste (Capalongo) DeRigge.  She graduated from Dalton High School in 1946 where she was President of her Senior Class.  She married Philip F. Catalano on June 24, 1950, who preceded her in death.

Mary was a parishioner of the Church of St. Gregory.   Until recently she had resided on Armstrong Road, Dalton where she had lived happily for nearly all of her 93 years.

She was a loving mother, grandmother and great grandmother. She enjoyed cooking.  She loved birds and believed in angels.  She found serenity in tending to her flowers.

The family will receive relatives and friends from 9:00 am to 10:00 am on Friday September 2, 2022 at The Church of St. Gregory, 330 North Abington Rd., Clarks Green, PA.  A mass of Christian burial celebrated by Msgr. Dale R. Rupert will begin at 10:00 am., followed by interment at Abington Hills Cemetery, South Abington Twp., PA.  In lieu of flowers memorial contributions may be made to Gilpin Hall, 1101 Gilpin Ave., Wilmington, DE 19806,  Attn.: Mr. Paul Smiley

To order memorial trees or send flowers to the family in memory of Mary Grace Catalano, please visit our flower store.
Send a Sympathy Card