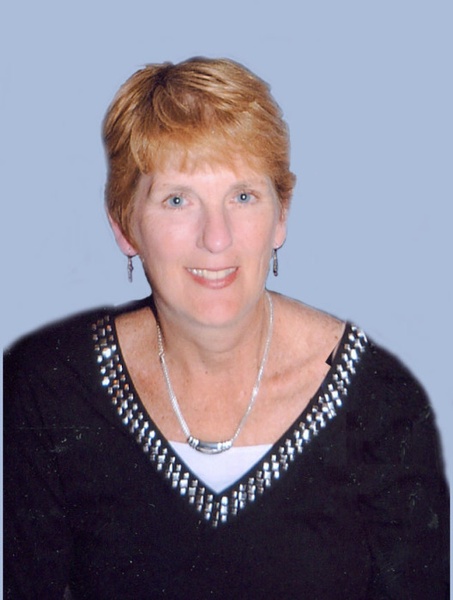 Peggy (O'Connell) Carrick 62, South Abington Township, passed away Thursday in the arms of her lifelong love, Richard Carrick.  She was at their home surrounded by her loving and caring family when she died of heart complications.  She and her husband Rick married on June 17, 1977 and faced every challenge and celebration together for over 43 years.

Born February 14, 1958 in Dunmore, she was the daughter of the late Edgar and Ann (Gallagher) O'Connell.  She was a 1976 graduate of Dunmore High School and she received her Associates Degree in Human Services from the University of Scranton while raising her three young children .  She was formerly employed by NEPA Center for Independent Living, Scranton where she worked as a program manager. She was proud of her accomplishments there in bringing people out of nursing homes and into their own homes and helping those individuals live an independent life with assistance.

She was a faithful member of Our Lady of the Snow’s Parish in Clarks Summit where she assisted in preparation of the weekly liturgy and used her beautiful voice to lead the parishioners as a cantor for many years.

Peggy was the nucleus of her large Irish family and any group in which she belonged.  Prior to her illness, she loved to play her guitar and sing and was involved with the folk group at St. Ann’s in Scranton where she met lifelong friends. She was an avid bike rider and would spend days riding through West Mountain where she would stop and use her photography skills to capture the majestic sunsets on the mountain. She found peace in music, and in her final days she had her favorite playlists on in the background.

She was always open to lend an ear to anyone in need. She did not let her diagnosis of Multiple Sclerosis define her, she used it to motivate her to learn everything she could about the disease and was ready for the battle. Peggy became a co-facilitator of the Scranton MS self-help group where she brought in speakers and guests to help others like her become informed and feel supported.  She enjoyed organizing their yearly Christmas party and answered her phone any time of the day to let a newly diagnosed individual call to obtain information or just talk through this frustrating and unpredictable disease.

Sweetie-Pie, as her grandchildren fondly referred to her as, loved to spend time enjoying an ice cream cone, sing silly songs, or read a story during sleepovers with the kids. She spent the summer at her cottage at Chapman Lake and just watching the beauty of the lake and scenery brought her joy. She would sit outside of her home and watch the birds, taking in the fresh air and appreciated the simple things in life.

Peggy’s strong faith guided her and provided her comfort throughout her life. She emanated positivity and believed that God had a plan for her and she rolled with the punches with a great sense of humor. She and her husband shared a beautiful love of one and other. Their love was one for the ages.

The family would like to thank Alayna Garber and Marilyn Howells for their continuous care and support throughout her illness. The love they showed for Peggy will never be forgotten.

Due to the recent health concerns, a memorial service will take place at a future date.

Arrangements have been entrusted to the care of the Jennings-Calvey Funeral and Cremation Service, Inc., 111 Colburn Avenue, Clarks Summit, PA 18411. Visit the funeral home website to leave online condolence and view memorial video.

To order memorial trees or send flowers to the family in memory of Margaret Carrick, please visit our flower store.