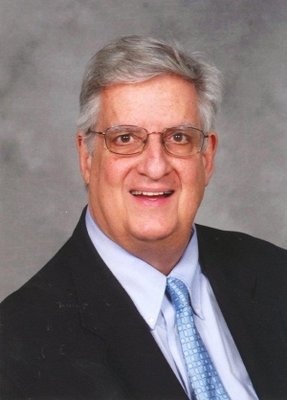 Louis Andrew (Drew) Von Bergen, a long-time Washington journalist and communications specialist and former president of the National Press Club, died on Monday, Dec. 18, of complications from congestive heart failure. He was 77 and lived in Alexandria, Va.

Von Bergen was a reporter and editor for United Press International from 1963 to 1985, beginning in Newark, N.J., and then transferring to Frankfurt, Ky., where he was a reporter and bureau chief. He joined UPI's Washington, D.C., bureau in 1970, covering Capitol Hill for Kentucky and other coal-producing states, and he later became the national labor reporter for the wire service.

A strong union activist, Von Bergen was a national officer of the Wire Service Guild and was chairman of the Guild's negotiating team that authorized the first strike in the UPI's 67-year history. The strike lasted 23 days and resulted in a two-year contract carrying pay raises of nearly 6 percent in each year.

He was press secretary for former Sen. Howard Metzenbaum, D-Ohio, from 1985-1987, and was director of public relations for the National Association of Letter Carriers from 1988 until his retirement in 2010. During his tenure with the NALC, he helped launch the annual "Stamp Out Hunger" campaign when, on the second Saturday in May, letter carriers in more than 10,000 cities and towns collect food for the needy.

Von Bergen was born on January 24, 1940, in Scranton, Pa., to Beulah Greene Von Bergen and John D. Von Bergen, who was a long-time radio and television newscaster in Scranton. His grandfather, John Von Bergen, was mayor of Scranton from 1909 to 1914.

He attended the University of Scranton, graduating in 1961 with degrees in secondary education, history and political science.

Von Bergen spent two years in the Army from 1963-1965 stationed in Fort Irwin, Calif., where he was editor of the station newspaper. He received good behavior and commendation medals.

A memorial mass will be held at 9:30am on Monday, January 22 at Our Lady of the Snows Church, 301 S. State Street, Clarks Summit. Interment will be at the Forest Hill Cemetery in Dunmore, Pa.