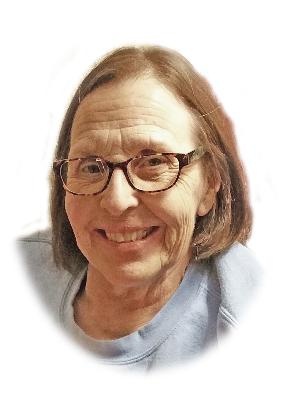 Born Sept. 9, 1948 in Cheboygan, Mich., she was the daughter of Wilma Jacqueline (Healey) Kreher of Scranton, and the late Roman Albert Kreher. She was a 1966 graduate of Colt High School in Bristol, R.I., and received her Bachelor of Arts in sociology from the University of Rhode Island. She worked as the registrar at Woodland Hills Elementary School in Kingwood, Texas.

She came to South Abington Twp., in 2008, having moved from Kingwood, Texas. She was a member of Our Lady of the Snows Parish, Clarks Summit, and was an active volunteer at the Abington Community Library.

An avid animal lover, she was a supporter of the One Life to Live Rescue and the Abington Dog Park, where she enjoyed spending time with pride and joy, Jimmy Mack. A devoted wife and loving mother and grandmother, she always went out of her way to help others. She had a love for animals and their care. She will be tremendously missed.

She was preceded in passing by her father, Roman Albert Kreher; and her father and mother-in-law, Bernardo and Vincenza DiPaolo.

In lieu of flowers, memorial contributions may be made to Abington Community Library, 1200 W. Grove St., Clarks Summit, PA 18411 or lclshome.org or One Life to Live Rescue at onelifetoliverescue.com.

For directions or to leave an online condolence, visit the funeral home website

Our Lady of the Snows Church
301 S. State Street
Clarks Summit, Pennsylvania, United States
18411
Get Directions
To order memorial trees or send flowers to the family in memory of Linda DiPaolo, please visit our flower store.