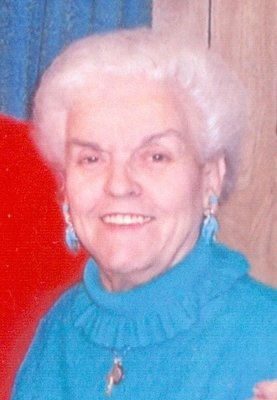 Leona Julianna (Roland) Bozenko, 90, Clarks Summit, died Tuesday in Hospice of the Sacred Heart Inpatient Facility, Dunmore. She was the widow of the late Stanley Bozenko, who died March 18, 2007. The couple was married over 55 years.

Born Nov. 16, 1926, in Scranton, she was the daughter of the late Benedict and Anna (Yadouga) Roland.

She was a 1944 graduate of Scranton Technical High School. She was a Clarks Summit resident since 1990, having moved from Bronx, N.Y. She was a retired bookkeeper from Mogen David Kosher Co., New York, N.Y. She had also worked for Bickford's Food Service, New York, N.Y.; St. Thomas Aquinas, Bronx, N.Y.; and Lincoln Square Music Store on Broadway, N.Y.

She was a faithful member of Our Lady of the Snows Parish, Clarks Summit, and its Women's Guild, also the Friday Morning Company. She was dedicated to praying the rosary

She was a loving mother who cherished her grandchildren and great-grandchildren. Her gentleness and smile will be sadly missed.

The funeral will be Saturday with Mass of Christian Burial at 9:30 a.m. at Our Lady of the Snows, 301 S. State St., Clarks Summit, to be celebrated by Monsignor Joseph G. Quinn. Interment, St. Joseph's, Throop,