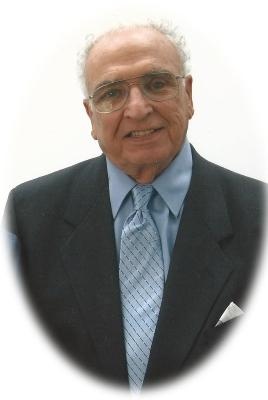 Leon F. Vieira Sr. died on Saturday, December 7, at the age of 88, in Buena Park, Calif. He is survived by his wife of 62 years, the former Joann Alice Fofi.

He was born in Freeland, to Frank and Mary (Silvia) Vieira. Leon lived most of his life in Clarks Summit. He retired in Buena Park, Cailf.

Leon was a family man and found great pleasure spending time with his family. Affectionately known as 'Pa Lee,' Leon enjoyed taking his grandchildren panning for gold, to the beach and theme parks. He also spent many hours admiring his grandchildren as they participated in their varius sports activities.

Leon was self-taught on the accordian and spent many hours playing for family and friends. He also enjoyed cooking, gardening and trying his hand at the casinos.

A Memorial Mass will be held, Saturday, June 21, 2014 at 11:00 in Our Lady of the Snows, 301 South State Street, Clarks Summit, Pa. Interment at Cathedral Cemetery. Family will receive relatives and friends at the church from 9:30 a.m. until time Mass. Memorial contributions can be made in memorium of Leon Vieira to The Northeast PA Lions Eye Bank, 2346 Jacksonville Rd., Bethlehem, PA 18017. Arrangements are being made by the Jennings-Calvey Funeral and Cremation Service, Inc., 111 Colburn Avenue, Clarks Summit, PA 18411.