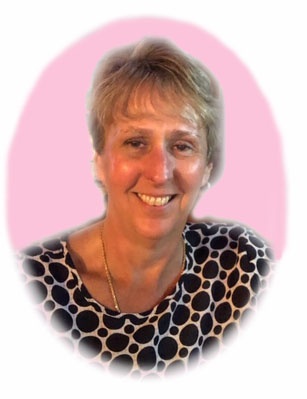 Laurie was a member of the Scranton Canoe Club and its GLOW League, a bowler at Idle Hour Lanes with the mighty Bowling Stones and the Scranton Running Club where she trained every day for a year to finish the Scranton Half Marathon at age 60. She enjoyed golf, bowling, traveling, and sitting down with a nice glass of Scotch. She loved going to golf tournaments, especially The Masters and British Open. Laurie was extremely well traveled and loved to do so with her partner, Bill, and sister, Carolyn. Laurie and Carolyn traveled together to the British Open, England, Ireland, and many other locations. She liked playing slots at the casinos, restaurant tours with Bill, and her beloved dog, Piper. Her greatest enjoyment was spending time with Bill and her children Pat and Megan. She talked with Megan every morning on her way to work and was taken out of her comfort zone by Pat to restaurants she would never go to on her own accord. She traveled extremely often to Salisbury University to see Pat play soccer and never missed a game.

Laurie is preceded in death by her brother in law Eddy Siepiela.

The funeral will be Tuesday at 11 am from First Presbyterian Church, 300 School Street, Clarks Summit, PA, with services by Rev. William G. Carter.  Interment will be private at a later date.  The family will receive relatives and friends Monday from 4-7 PM at the Jennings-Calvey Funeral and Cremation Service, Inc., 111 Colburn Avenue, Clarks Summit, PA 18411.

In lieu of flowers, contributions may be made to Griffin Pond Animal Shelter, 967 Griffin Pond Rd., S. Abington Twp., PA 18411 or a local charity of the donor’s choice.

To order memorial trees or send flowers to the family in memory of Laurie Wall Callahan, please visit our flower store.