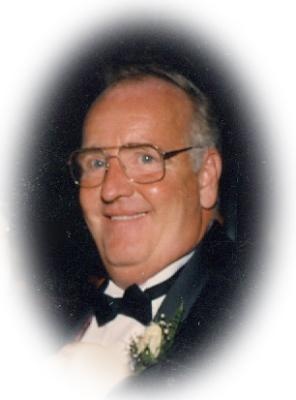 Kenneth G. Drake, 70, a lifelong resident of Clarks Summit, died Thursday evening at the VNA Hospice Unit at Geisinger Community Medical Center, Scranton, after a lengthy illness. He was a husband of 48 years, married to the former Katherine Zigon, tax collector for the borough of Clarks Summit and his high school sweetheart.Born Aug. 31, 1943, in Scranton, son of Donald Drake, Clarks Summit, and the late Betty Lang Drake, he was a 1963 graduate of Abington Heights High School, and immediately after graduation enlisted in the Air Force, where he became a staff sergeant, honorably serving his country for five years. He had been stationed in Guam, and was a crew member, flying B-52 missions during the Vietnam War.His love of diesel mechanics led him on a lifelong journey and career, which began working for the family business, Drake Diesel, Dunmore. As time ensued, he was employed by both Pagnotti and Medico Industries. He also had his own business, K & D Diesel, Clarks Summit, where he was in partnership with his father.He was a loving husband, father and grandfather, and he thoroughly enjoyed and loved spending time with his grandchildren. He could always be found with his loyal pet, Princess, and was continually watching home shows to find the latest improvements in heating, plumbing and carpentry. Ken was a man of true integrity and loyal to all who knew him. You could constantly count on him in any situation where he was needed. He was consistently there, willing to lend a helping hand! He will be greatly missed forever by all who knew him.Also surviving are a son, Darrell A. Drake and wife, Kathleen, Miramar, Fla.; a daughter, Wendy Sandly and husband, Frank, Clarks Summit; two sisters, Ellen Beechko and husband, Andrew, Clarks Summit; and Donna Dailey and husband, Dave, Zephyrhills, Fla.; a brother, Allen Charles Drake, Clarks Summit; five grandchildren, Austin and Caitlin Drake and Frank, Corey and Mason Sandly; two brothers-in-law, Harold and Edward; and four sisters-in-law, Dorothy Cipilewski, Juliet Avery, Henrietta Bianchi and Marie Zigon; nieces and nephews. He was also preceded in death by a brother, Brian Francis Drake, who died at the age of two. The funeral will be Sunday at 1 p.m. at the Clarks Summit United Methodist Church, 1310 Morgan Highway, Clarks Summit, with services by the Rev. Amy Raser, pastor. The family will receive relatives and friends today from 4 to 7 p.m. at the Jennings-Calvey Funeral and Cremation Service Inc., 111 Colburn Ave., Clarks Summit, PA 18411.Memorial contributions may be made to VNA Hospice of Lackawanna County, 301 Delaware St., Olyphant, PA 18447 or Clarks Summit United Methodist Church, 1310 Morgan Highway, Clarks Summit, PA 18411.