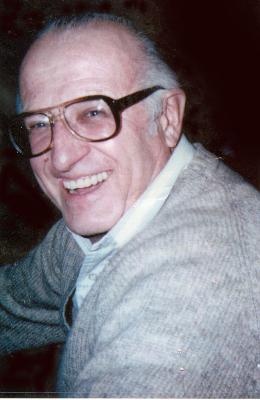 oseph J. Sarcevic, 81, of Schultzville, died Wednesday, September 20, 2012 at Abington Manor. He was the husband of Helen Teresa Sarcevic, formerly Gesler, for 56 years.

Born Feb. 4, 1931, in Petrijevci, Croatia, he was the son of the late Antun and the late Katica Vuksanic Sarcevic.

Educated in Croatia, he was a graduate of Architectural College and was an architect. In 1957 he was forced to flee his homeland with his wife, living in various refugee camps in Italy. He and his wife arrived in this country in 1959 on the first airplane transporting refugees to the United States. He lived in Ohio with his family from 1959 to 1976 and then moved to Pennsylvania and began working for GSGS and B as an architectural renderer, where he was employed more than 20 years. He worked on many notable architectural projects throughout the country.

He was a member of the Church of St. Gregory, Clarks Green, and the Croatian Fraternal Union. A loving and devout husband, father and grandfather, he cherished his family values. Devoted to his family, he was a faithful and gentle man. He enjoyed fishing, playing his harmonica and was a notable master artist. He faced the hardship of leaving his homeland and leading his family to safety with dignity. His friendly smile will be sadly missed.

He was preceded in death by an infant son, Zvonko Sarcevic.

The funeral will be Saturday at 10 a.m. from the Church of St. Gregory, 330 N. Abington Road, Clarks Green, with services by the Rev. John M. Lapera. Interment, Pieta Cemetery, Tunkhannock.

The family will receive relatives and friends Saturday, 9:30 to 10 a.m., at the church. Memorial contributions may be made to Our Lady of Peace School, 410 N. Abington Road, Clarks Green.