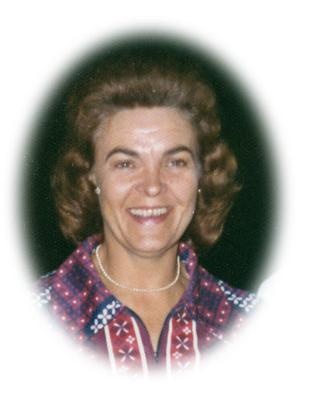 Born Aug. 27, 1927, in Scranton, daughter of the late Joseph H. and Marjorie Monie Burns, she was educated in Throop schools, was a 1945 graduate of Throop High School and a graduate of Lackawanna Business College. She was a Clarks Summit resident since 1955, having moved from Scranton.

She was a title clerk for several years at Scranton Dodge, Scranton, and later worked in the trust department at PNC Bank, Scranton. She was a member of the Clarks Summit United Methodist Church, Clarks Summit.

She was a loving mother and grandmother who cherished her grandchildren and great-grandchildren. Her grandchildren shared much joy and happiness with her. She enjoyed dancing and golf, and was a former member of the Scranton Canoe Club, Lake Winola.

The family wishes to express their sincere appreciation to the staff at Mountain View Care Center for the care and kindness they provide.

She was also preceded in death by a brother, Joseph H. Burns Jr.

The family will receive relatives and friends Tuesday, 10 to 11 at the church. Memorial contributions may be made to Mountain View Care Center, 2309 Stafford Ave., Scranton, PA 18505.