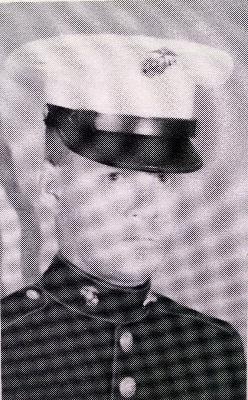 He was born April 4, 1964, in New Brunswick, N.J., the son of James and Jean Palla Russell of South Abington Twp. He was a 1982 graduate of Abington Heights High School. He honorably served his country in the Marine Corps and was decorated with the Sea Service Deployment Ribbon for his time at sea. He had been a corrections officer and was employed at the Dallas Corrections Facility. He formerly worked more than 10 years for the Times-Tribune at the Waverly Plant. He was a member of Abington Memorial VFWPost 7069.

A loving son and brother, he was a devoted father. He enjoyed spending time with his children, watching football, listening to the Grateful Dead and sharing in camaraderie at the Clarks Summit VFW.

The funeral will be Saturday with military honors and Mass at 1 p.m. at Our Lady of the Snows Church, 301 S. State St., Clarks Summit. Interment will be private at the convenience of the family. The family will receive relatives and friends 12:30 to 1 at the church.

Arrangements are being made by the Jennings-Calvey Funeral and Cremation Service Inc., 111 Colburn Ave., Clarks Summit.