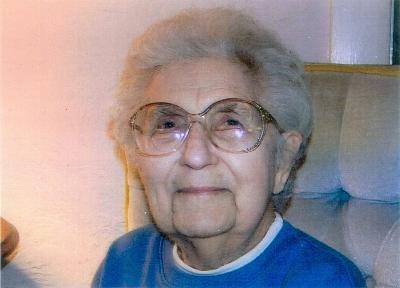 Born in Scranton, she was the daughter of the late Arthur Lee and Grace Maycock Weeks, who are featured in the "History of Scranton and It's People" by Frederick L. Hitchcock. She was a graduate of William Prescott School, Scranton Central High School and graduatedfrom Cedar Crest College, Allentown, with a bachelor's degree in journalism and library sciences. She was a member of Alpha Kappa Alpha Honorary Sorority, appeared in "Who's Who in American Universities and Colleges," was a member of Cedar Crest student government, president of the Athletic Association and was a accomplished equestrian.

Jeanne was very interested in all things musical and sang in the Cedar Crest Choir and Quartet for four years. She played the French horn, flute, piccolo and piano. In later years she was a den mother in Cub Pack 12, president of the J.J. Audubon PTA, served as president of the Scranton Central High School PTA and was a former board member of Penn East Credit Union and the Forest Hill Cemetery Association.

She set up the libraries at the Hahnemann Hospital (now Geisinger CMC) and the grade schools for the Scranton School District. She was a member of the Century Club of Scranton and a life member of the Ladies Auxiliary to Keystone Consistory. She was honored as Volunteer of the Year 1989-1992. Jeanne was very active with Simpson West Park United Methodist Church, helping with the making of Welsh cookies and church suppers. She was a member of Myrtle Street United Methodist Church, having served on its board and helping with suppers, also teaching Sunday school for many years. She and Teddi Sosia planted and maintained flower beds at Nay Aug Park, lugging buckets of water from the nearby CMC hospital by hand to water the flowers. She was a caregiver to her father, mother, husband and several close friends in their declining years. She loved her family her dogs, cats and had a special fondness for horses, crossword puzzels and "Jeopardy!"

The family wishes to extend sincere thanks to the staff at the Jewish Home, fifth floor, especially Pam, Maryann, Peggy, Caroline and Dianne, also the nurses and clergy of the Compassionate Care Hospice.

A memorial service will be held Friday, Dec. 6, at 1 p.m. at Myrtle Street United Methodist Church, 840 Harrison Ave., Scranton, with services by Pastor Marcella Dotson and Sharon Thauer, lay minister. Interment will be private at the convenience of the family, Forest Hill Cemetery, Dunmore.

Arrangements are being made by the Jennings-Calvey Funeral and Cremation Service Inc., 111 Colburn Ave., Clarks Summit. For more information, directions, or to send an online condolence, visit www.jenningscalvey.com.