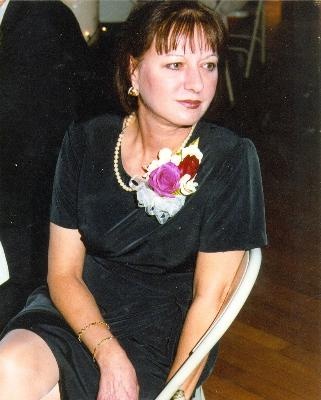 Born June 12, 1956 in Scranton, she was the daughter of Michael A. and Marie (Eskin) Wasylyniak Jr., Scranton.

She was educated in the Scranton Schools and was a 1974 graduate of West Scranton High School. She formerly was employed by the Giant Markets, Scranton, and later became a nurses Aid, having worked at Mercy Hospital, Scranton and later Nursing homes in the Bloomsburg area.

She was a loving wife, daughter and mother. She was free spirited and was a kind caregiver before becoming ill herself. She was loved by all who knew her and may they be comforted knowing she is at peace joining her brother with the tranquility heaven may offer her.

She was preceded in death her brother, Michael Andres Wasylyniak, III., who died October 24, 2004.

The funeral will be Friday from St. Vladimir Ukrainian Greek Catholic Church, 430 North Seventh Ave., Scranton with Mass at 10:00 am to be celebrated by Rev. Myron Myronyuk, pastor. Interment Cathedral Cemetery, The family will receive relatives and friends Thursday from 4 to 7 pm at the Jennings-Calvey Funeral and Cremation Service, Inc., 111 Colburn Avenue, Clarks Summit, PA 18411. Pahyda services will be at 6 pm.