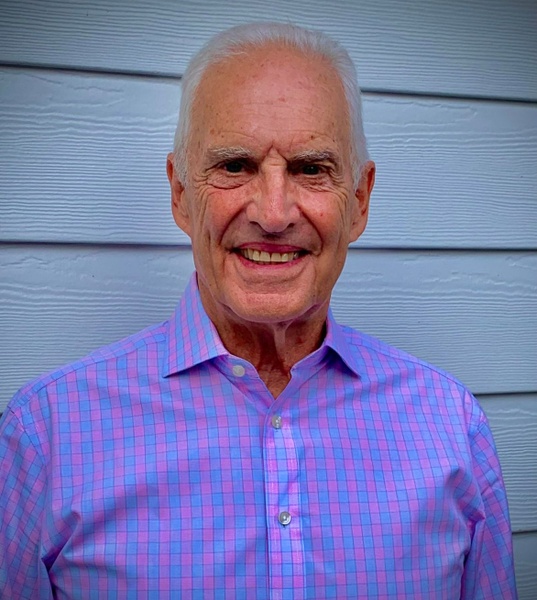 James Middleton Vipond of Waverly passed away peacefully and surrounded by his family on Saturday, August 13th.

Jim was born on February 17, 1948 in Scranton, PA to the late David Spruks Vipond and the late Florence Neumann Vipond.

The Viponds moved from Scranton to Waverly where Jim (or Jimmy, to his family) spent his childhood before embarking on an educational journey that played an important role in shaping the incredible human he is known to be. In middle school he attended Eaglebrook (‘64) in Deerfield, Massachusetts. While there he discovered his love for skiing which he enjoyed with grace through this past winter. He then went to the Hill School (‘67) in Pottstown, Pennsylvania and established friendships that lasted his lifetime. He followed his family legacy and attended Williams College (‘71) in Williamstown, Massachusetts to complete his B.A. in American Studies where he also played tennis and soccer. He was extremely proud to be a Williams graduate and it was one of his favorite places to visit year after year. It was at Williams he discovered his skill to imagine and create spaces that others cannot envision, leading him to the University of Pennsylvania (‘77) to earn an M.A. in Architecture.

Jim had a successful and impressive career in architecture and planning including roles at the National Trust for Historic Preservation, Arthur Cotton Moore and Associates, and eventually establishing his own practice. His architectural masterpiece is his Waverly residence where he lived with the love of his life Sharon. What began as an imperfect century-old farmhouse is now transformed into a piece of living art that considers every angle, creates purpose in every square foot, and beautifully compliments its surroundings.

But, alas, Jim’s story is much more than creating beautiful spaces. It’s about how he applied that same level of detail to every action and interaction. He was genuine, engaging, and caring to everyone and anyone. He had an understated magnetism that made every room he entered and person he met better. Jim worked tirelessly to enhance his community, conserving countless acres, creating miles of walking and biking trails, preserving the beauty of historic buildings, and spearheading an ongoing effort to distribute tens of thousands of BOMBAS donation socks and hygiene kits to those in need.

Jim was most dedicated to his family, and they were his biggest source of pride. His legacy will beam through his beautiful wife Sharon York Vipond, his dedicated son Winthrop (Wick) Vipond, daughter-in-law Carolyn Miraglia Vipond, granddaughters Emerson and Wynne Vipond, his loving siblings Jonathan Vipond III (and spouse Tim Bunner), Linda Vipond Heath (and spouse Robert Heath), David Vipond (and spouse Jerry Bakka), nieces, nephews, and a vast and humbling support network of extended family, “framily,” and friends.

Anyone who knew Jim Vipond knows that it is impossible to summarize his life in a few paragraphs. He leaves behind an indelible mark, and a blueprint for a better world.

A community celebration of his life will be held at the Waverly Country Club on Saturday, August 27th from 2:30PM to 4:30PM.

To order memorial trees or send flowers to the family in memory of James M. Vipond, please visit our flower store.
Send a Sympathy Card