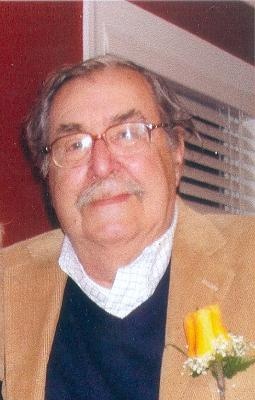 James H. Russell, 81, Clarks Summit, died Sunday in Riverside Rehabilitation and Nursing Center, Taylor. His loving wife of 55 years is the former Jean Ann Palla. The couple was married since March 13, 1960.Born May 5, 1934, in Scranton, son of the late Charles and Esther (Carey) Russell, he was a graduate of Scranton Technical High School. He was retired from The Scranton Times, where he was employed more than 30 years as night foreman in the composing room. Before being employed at The Scranton Times, he was associated in his family's business, Rausen Brothers, New York City.He was a member of the International Typographical Union, Local No. 112.A loving family man, he was an avid sports fan of the New York Giants and St. Louis Cardinals. He will be sadly missed. Also surviving are two sons, James and wife, Jacqui, Allentown; and David and wife, Megan, Philadelphia; a daughter, Jennifer Russell Rogal, Huntington, W.Va.; nine grandchildren, Danielle, Jamie, Thomas, Rachel, Kyle, Elizabeth, Jeffrey Jr., Robert and Brianna; a great-granddaughter, Claire; nieces and nephews.He was also preceded in death by a son, Jeffrey Russell; a sister, Ruth Rausen; and a brother, Fred Griner.A Mass of Christian Burial will be held Friday at 10 a.m. from Our Lady of the Snows, 301 S. State St., Clarks Summit. Interment will be private at the convenience of the family in Cathedral Cemetery.Arrangements are entrusted by Jennings-Calvey Funeral and Cremation Services Inc., 111 Colburn Ave., Clarks Summit.Memorial contributions may be made to the Salvation Army, 500 S. Washington Ave., Scranton, PA 18505.