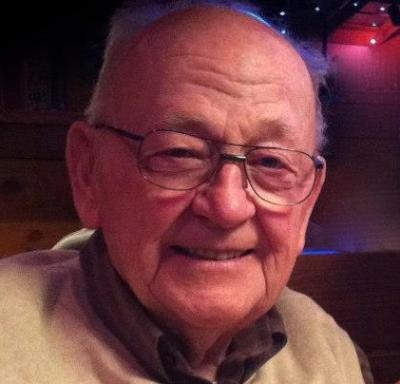 James Robert Richardson, 83, of Newton Twp., died Tuesday at Hospice of the Sacred Heart Inpatient Facility. He was the husband of the former Helen Evans. They were happily married for more than 55 years.Born May 9, 1931, in Mill City, son of the late Joseph and Elizabeth MacMath Richardson, Jim was a graduate of Falls-Overfield High School and later joined the Army. Before retirement, he was employed by Topps Chewing Gum factory, Duryea, as a machine mechanic. Jim was an excellent handyman and electrician, always willing to help any relatives or friends. He loved crossword puzzles and was an avid NASCAR fan. Jim enjoyed dogsitting and spending time with his three granddogs, Cash, Lily and Dixon. He was a loving husband, father and grandfather and enjoyed most the time spent with his grandchildren.The family would like to extend a special thank you to Trudy, Karen and Sue from the infusion center at Moses Taylor Hospital for taking special care of Jim. They would also like to thank Marcia and Jean for being special volunteers to him.Also surviving are a son, Robert Richardson and wife, Bonnie, Falls; a daughter, Robin Bulzoni and husband, David, Newton Twp.; two sisters, Jane Walter, Mill City; and Carolyn LaCoe, Newton Twp.; three grandsons, Robert Richardson and wife, Jennifer, Nazareth; Dominic Bulzoni, Scranton; and Salvatore Bulzoni, Newton Twp.; and several nieces and nephews. He was also preceded in death by a sister, Grace Drinkwater; and two brothers-in-law, John Walter and Warren LaCoe.Interment will be private at the convenience of the family.

To order memorial trees or send flowers to the family in memory of James Richardson, please visit our flower store.
Send a Sympathy Card