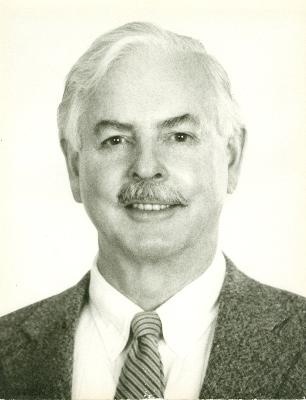 James Anthony Haas, 94, of Glenburn, died Friday at home. He was married 53 years to the former Judie Sullivan. The couple was married since July 21, 1962.

Born May 5, 1921, in Missoula, Mont., he was the son of the late Dr. Aloys Thomas and Helen Elizabeth (Walsh) Haas, formerly of Missoula, Montana, and Anguilla, West Indies.

He was a graduate of Gonzaga Preparatory School, Spokane, Washington, and attended the University of Minnesota. While attending college, he was drafted into the Army, having served in the Pacific theater as a medic. He honorably served his country, receiving various commendations and awards. He returned to college, having received his B.A. degree in psychology from the University of Minnesota. He pursued graduate studies in philosophy at Gonzaga University, Spokane, Wash., and also St. Louis University, St. Louis, Mo. He earned his doctoral degree from Claremont Graduate University, Claremont, Calif.

James was a professor of philosophy at King's College, Wilkes-Barre, retiring in 1984. He shared his love for philosophy at area colleges and universities.

Professor Haas was a friend of the Society of Jesus and later was an active member of the Jung Society, and had a lifelong interest in Buddhism.

He had a love for travel from a young age, having lived with his family in Vienna, Austria, at which time his father did medical research. The family spent summers at Flathead Lake, Montana.

The funeral will be Wednesday with a Mass of Christian Burial at 10 a.m. at Our Lady of the Snows Church, 301 S, State St., Clarks Summit, to be celebrated by the Rev. Richard J. Cirba, with full military honors. Interment, Calvary Cemetery, Springfield, Ill.

The family will receive relatives and friends Tuesday from 4 to 7 p.m. at the Jennings-Calvey Funeral and Cremation Service Inc., 111 Colburn Ave., Clarks Summit.