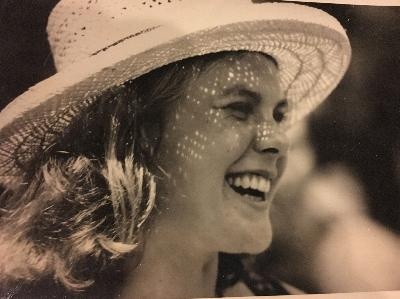 Holly graduated from Germantown Academy in 1973 and a graduate of The Wharton School, University of Pennsylvania, in 1977. Following graduation Holly immediately went into Academic Development and has held positions of responsibility at the University of Pennsylvania, Germantown Academy, Gwynedd Mercy Academy, the Malvern Preparatory School and for the most recent six years at the Valley Forge Military Academy & College where she was the recipient of 3 prestigious awards for her success in Development. In 2013, she was honored with the Valley Forge Military Academy & College's Certificate of Merit. In 2015, she was inducted into the Order of Anthony Wayne. Later in 2015, in a special ceremony, Valley Forge named her an Honorary Alumnus Class of 2015, due to her success in development and enthusiastic dedication to the institution.

Holly led an exemplary life. In her eyes the glass was always half full. She loved and brought honor to her husband and family, her home, her friends, her community, and the Valley Forge Military Academy & College.

There will be a memorial service in Holly's honor on Saturday, April 23rd at12 noon at Chapel of St. Cornelius the Centurion, 1001 Eagle Road, Wayne, PA 19087 In lieu of flowers, gifts may be made to The Valley Forge Military Academy Forge Fund 1001 Eagle Road, Wayne, PA 19087 Attn: Development Office or at https://www.vfmac.edu/donate/donate-online-now/.

Arrangements have been entrusted to Jennings-Calvey Funeral and Cremation Service, Inc., 111 Colburn Avenue, Clarks Summit, PA 18411. For directions, or to leave an online condolence, visit jenningscalvey.com.