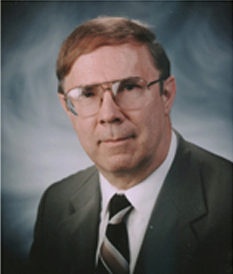 Henry V. Janoski, 87, Clarks Summit, passed away peacefully at home on Friday of natural causes. The family would like to thank Allied Home Health Care for providing excellent hospice care to Henry during his last few months. Henry is survived by his wife, the former Rita Ruane. The couple would have been married forty years in September.

“Hank” was born on Feb. 14, 1933 in Nanticoke. He was the son of the late Bruce and Marie (Rozmarek) Janoski. He was the valedictorian of his 1951 graduating class at Nanticoke High School and then attended Yale University, where he graduated magna cum laude with a degree in history and was named a member of Phi Beta Kappa, the national scholastic honor society. Hank then served as a lieutenant in the United States Army from 1955-57, after which he earned an MBA from the Wharton School of the University of Pennsylvania in 1960. He later obtained the professional designations of Chartered Financial Analyst (CFA) and Certified Senior Advisor (CSA).

Hank began his career as a senior credit analyst at the National Bank of Detroit. He returned to Northeastern Pennsylvania where he worked as an assistant cashier at the First National Bank of Wilkes-Barre, as a senior vice president at Northeastern Bank in Scranton, and as the chief investment officer at Penn Security Bank & Trust Company (now Peoples Trust). Hank retired in 2001, but retirement did not suit him and he returned to the investment scene as a registered investment advisor representative with firms before starting Janoski Investment Advisory in 2007. Hank’s biography was listed in Who’s Who in Finance & Business, Who’s Who in America and Who’s Who in the World.

Hank was a lifelong history buff and he loved to travel. He also flew small airplanes and spoke seven languages, including Esperanto, which is an international language. He was a member of Our Lady of Snows Parish, where he served as a lector. He was also a member of the Financial Analysts Federation and served on the board of directors for the Ethics Institute of Pennsylvania, Community Medical Center, and the American Heart Association. He also served as a director, and then president of Emergency Medical Services of Northeast Pennsylvania and as an incorporating director of Lackawanna County U.S. Constitution Bicentennial Commission. Hank was also a representative of the Association of Yale Alumni and served as a director, and then president of the Polish American Congress, Northern Pennsylvania Division.

A private Mass of Christian Burial will be celebrated by Hank’s childhood friend, Father Joseph Horanzy, at 9:30 a.m. on Monday at Saint Benedict Church on Newton Ransom Blvd., Clarks Summit.

To order memorial trees or send flowers to the family in memory of Henry Janoski, please visit our flower store.
Send a Sympathy Card