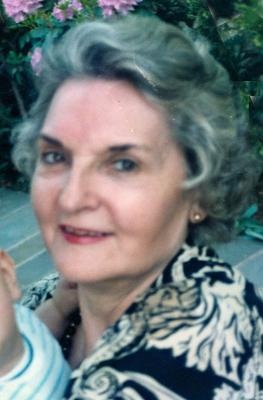 Helen (Grenenko) Sorokanich, 93, Scranton, died Tuesday at Abington Manor. She was the widow of the late Stephen Sorokanich Sr., M.D., who died April 27, 1996.As most members of her generation, Helen had a rich and eventful life. She was born in 1921 near Kharkov in the former Soviet Union. She was separated from her parents and family in childhood, but survived the Stalin era and the years following the Russian revolution. She finished university and medical school in Kiev, before World War II interrupted her a�training.Helen worked as a medical doctor throughout occupied Europe, forced to move countless times as entire populations were displaced without notice, often in the middle of the night with the shifting front lines of war. At wars end, she spent two years in a displaced persons camp, then emigrated to the U.S.After a short time in Chicago, Helen settled in Scranton and became a naturalized citizen. She worked as a private duty nurse at Taylor Hospital and Mercy Hospital, before going back to school to become a nurse anesthetist. She spent more than 20 happy years working as a nurse anesthetist at the offices of Drs. Smirne, Stavisky and Giallorenzi before retiring. She was a loyal and long-standing parishioner of St. Tikhon's Russian Orthodox Monastery, South Canaan.Helen loved her adopted country, reminding her family at every opportunity how fortunate she was to live in the greatest country on Earth and enjoy the opportunities it afforded her. She was a fan of opera and the arts, and took great joy in her grandchildren.Surviving are her son, Stephen Sorokanich Jr., M.D., ophthalmologist, and his wife, Susan Peters Sorokanich, Clarks Summit; grandchildren, Robert Sorokanich, Brooklyn, N.Y.; Stephen and Lara Sorokanich, students at Syracuse University; and David Sorokanich, a junior at Abington Heights High School; and nieces and nephews in the Ukraine.She was also preceded in death by her adopted parents, John and Anna (Bobrova) Chahowec; and her birth parents and siblings in a�Russia.The family would like to express their deep appreciation to her caregivers at Abington Manor and Elan Garden.The funeral will be Monday at 10 a.m. from St. Tikhon's Russian Orthodox Monastery, 175 St. Tikhon's Road, Waymart. Interment, St. Tikhon's Russian Orthodox Cemetery. The family will receive relatives and friends Sunday from 4 to 6 p.m. at the Jennings-Calvey Funeral Home, 111 Colburn Ave., Clarks Summit. In lieu of flowers, memorial contributions may be made to St. Tikhon's Monastery, 175 St. Tikhon's Road, Waymart, PA 18472.