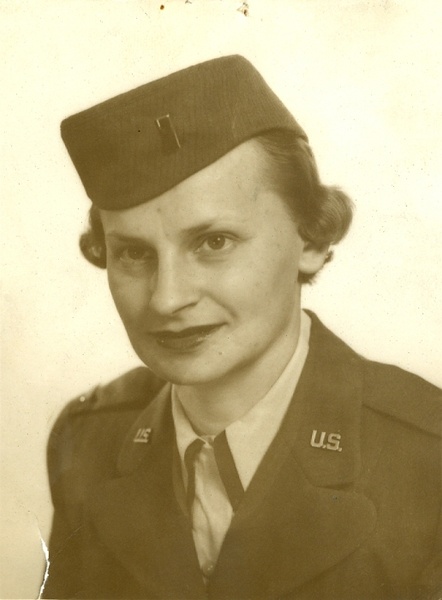 Born June 16, 1921, in Falls, the daughter of the late Benjamin and Victoria (Phillips) Lipinski, Helen attended Falls-Overfield Twp. schools and graduated from Misericordia University and Rutgers University, where she received her R.N. She completed master's and post-master's programs at Catholic University in Washington, D.C., and was employed at Cornell Medical Center and College Misericordia, where she started the four-year nursing program in 1969 before joining the military. Helen Ann retired from active military duty in the United States Air Force with the rank of lieutenant colonel after a most distinguished 28-year career. Tours of duty included assignments in Cambodia, Thailand, Vietnam, Pakistan, Bangladesh and Senegal, Africa. She served over 39 months in Saigon. All of her work was medical-related and included, but was not limited to, the responsibility of organizing and setting up field hospitals under General William C. Westmoreland. Her stateside service consisted of responsibilities at Walter Reed Army Medical Center as well as with the U.S. Department of State, from which she also retired. As a result of her service, Helen earned many medals and honors, including the prestigious Meritorious Honor award while stationed in Senegal, West Africa, after she set up a new health unit at the embassy. While in Vietnam, Helen was instrumental in writing programs for six governmental schools and three private schools.

The family would like to thank the staff of Gino J. Merli Veterans Center and Hospice of the Sacred Heart for their care and compassion toward Helen.

Helen is survived by her sister, Regina C. Woloszyn, of Falls; and several nieces and nephews.

She was also preceded in death by brothers, Walter Benny of Alex Bay, N.Y., and Stanley Lipinski of Tunkhannock; and a sister, Genevieve Matylewicz, of Newton.

A Mass of Christian Burial will be celebrated Wednesday at the Church of St. Benedict on Newton-Ransom Boulevard at 9:30 a.m. to be celebrated by the Rev. Edward J. Casey, assistant pastor. Interment to follow at Fairview Cemetery, Mill City, with full military honors provided by the United States Air Force.

Memorial contributions may be made to a charity of the donor's choice .

To order memorial trees or send flowers to the family in memory of Helen Lipinski, please visit our flower store.