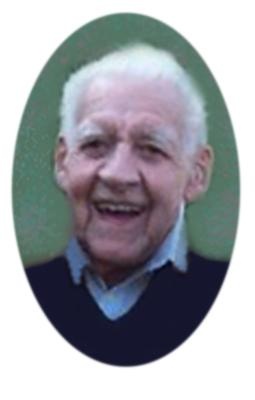 He was born May 8, 1919, in Clarks Summit and was the son of the late George L. and Ann Bertholf Isby. A lifelong resident of Clarks Summit, he was a 1937 graduate of Clarks Summit High School. He was a decorated veteran of World War II, proudly serving in the Navy during the invasion of Okinawa. He received the Pacific Theater Ribbon with stars, American Theater Ribbon, and the Victory Medal. Returning to civilian life, he later became manager of Capitol Records, producing and distributing, among others, the renowned Time-Life series of long-playing recording classics. In the past several years, he was an active participant in Stroke/Aphasia classes at Marywood University, discussing history and current affairs. He was a dedicated and faithful member of Our Lady of the Snows Church, its Men's Club, and Abington Memorial VFW Post 7069.

Harvey was a friendly gentleman who always had a smile and kind word for all he met. He enjoyed playing chess and cards, especially pinochle with his family and friends. An avid golfer and lover of the outdoors, he played golf for most of his adult life, even as his eyesight deteriorated to near blindness. He dearly loved his daughter and grandchildren, of whom he was so very proud. His laughter, smile, and quick wit will be sadly missed by all who knew and loved him.

The funeral will be Thursday with Mass of Christian Burial at 10 a.m. in Our Lady of the Snows Church, 301 S. State St., Clarks Summit, to be celebrated by Monsignor James J. McGarry. Interment Clarks Green Cemetery with military honors.

The family will receive friends and relatives Wednesday from 5 to 8 p.m. at the Jennings-Calvey Funeral and Cremation Services Inc., 111 Colburn Ave., Clarks Summit. Abington Memorial VFW Post will conduct services at 6:30.

Memorial contributions may be made to Lackawanna Branch Pennsylvania Association For The Blind, 228 Adams Ave., Scranton, PA 18503.