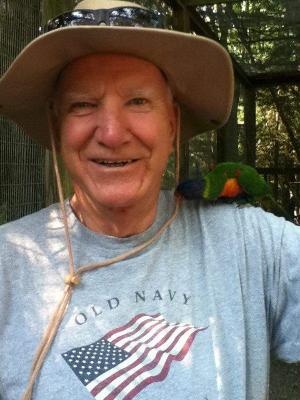 Harry M. Murphy, 80, of Chinchilla, passed away on Thursday, October 27th, 2016 at Regional Hospital of Scranton. He is survived by his loving wife, Beverly Murphy.

Harry was born in Menands, New York on October 23rd, 1936. He was the son of the late Harry Michael Sr. and Blanche Salpaugh Murphy.

Harry was employed by the F.W. Woolworth Company from June 1954 until its closing in November 1997. He served in the US Army from April 1960 to April 1962. Harry later was employed by Weis Markets in Clarks Summit and the PLCB in Lackawanna County until his retirement in November 2010. He was a member of The Abington Knights of Columbus Council 6611 and the VFW Post 5209, North Scranton.

Harry enjoyed visiting with his children and grandchildren. He was an avid NY Giants and New York Mets fan. Harry also enjoyed working in the garden and feeding the squirrels (aka birds).

His smile and warm heart signified exactly who Harry was.

The funeral will be Thursday with Mass of Christian Burial at 10:00 am from Our Lady of the Snows Church, 301 South State Street, Clarks Summit, to be celebrated by Msgr. Joseph G. Quinn.

The family will receive relatives and friends Wednesday from 4 to 7pm at the Jennings-Calvey Funeral and Cremation Service, Inc., 111 Colburn Avenue, Clarks Summit. Harry was devoted to St. Ann, so in lieu of flowers, memorial contributions may be made in his name to St. Ann's Basilica c/o Father Richard Burke, St. Ann's St., Scranton, PA, 18504.

Our Lady of the Snows
301 South State Street
Clarks Summit, Pennsylvania, United States
18411
Get Directions
To order memorial trees or send flowers to the family in memory of Harry Murphy, please visit our flower store.