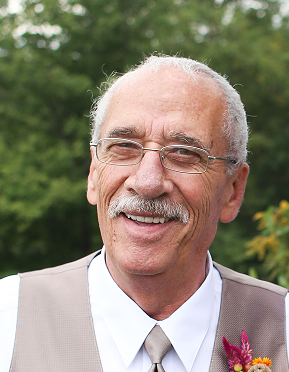 Born December 11, 1944 in Anguillara, Sabazia, Italy, he was the son of the late Dewey and Edith (Da Damio) Frezzolini.

Kim moved from Italy to the Bronx, NY at an early age. He graduated from Evana Childs High School in the Bronx and honorably served his country in the United States Army during the Vietnam era. Kim worked as a General Manager for Dawn Special Systems and later helped his son in his family business, Triple J Jewelry.

Kim loved movies, car shows and most of all, spending time with his children and grandchildren. He also enjoyed traveling to Italy to visit with his family in his hometown. The family would like to thank Dr. Ochoa and his staff at Geisinger CMC for their care and compassion.

He is preceded in death by two sisters: Teresa Fiata and Marian Durgin.

The funeral will be Saturday with a mass of Christian Burial at 9:30am from Church Of St. Gregory, 330 North Abington Road, Clarks Green, PA, with services by Rev. John M. Lapera.  Entombment to follow at Cathedral Cemetery. The family will receive friends and relatives from 4-7 on Friday at Jennings-Calvey Funeral and Cremation Service, Inc., 111 Colburn Avenue, Clarks Summit, PA 18411.

To order memorial trees or send flowers to the family in memory of Gioacchino "Kim" Frezzolini, please visit our flower store.