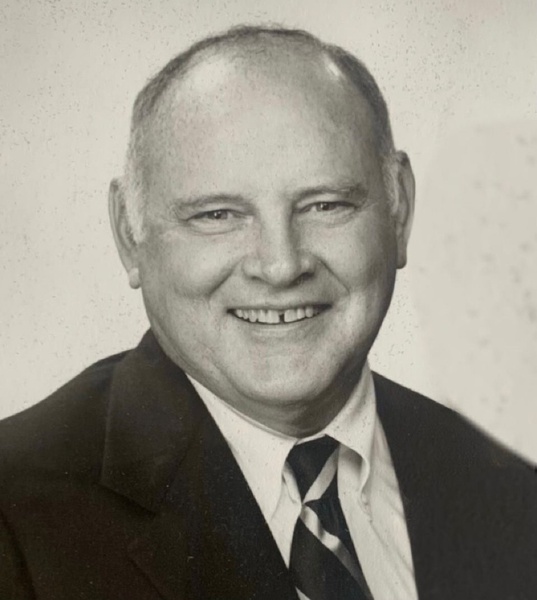 Gerald F. Chrysler of Waverly, and Boca Grande, Fla., passed away peacefully Saturday at home. His wife of 61 years was the former Bonnie Lavin, Waverly.

Born on April 18, 1939, in Brooklyn, N.Y., Jerry was the son of the late Rodman and Anne (Sauer) Chrysler. After graduating from St. John's Prep in 1957, Jerry received his bachelor of science degree in marketing from St. John's University. He had a successful career for 25 years at Sandvik Steel and traveled internationally. In 1986, Jerry purchased Creavey Seal Company in Olyphant, which he owned and operated for more than 20 years.

He met his lifelong partner Bonnie at the age of 10 and he would often tell his grandchildren stories of their roller-skating adventures as young kids and taking their dogs for walks in their Brooklyn neighborhood. Jerry and Bonnie were married in 1961.

Jerry loved the water from his early years as a lifeguard at Coney Island in the 1950s, to his excursions taking his children waterskiing on Lake Winola, to his fishing trips in Boca Grande, Fla., where he and Bonnie spent their winters since 2000.

He was an exceedingly humble, kind and generous soul, who loved his wife, family and friends. He was well known for spending countless hours visiting friends in hospitals and nursing homes, sharing his prosperity with those less fortunate, and volunteering at various community organizations, including serving on the board of Boca Bay and as vice president of the Boca Bay Fishing Club. His faith was a priority, and he was an active member of St. Gregory's Parish, Clarks Green, and Our Lady of Mercy, Boca Grande, Fla., where he was a server and volunteer for many church-related activities. In addition, he made sure that all parishioners felt welcomed with coffee, doughnuts and a friendly smile.

Jerry's family extends its sincere appreciation to all who supported and cared for Jerry in various ways, especially the Boca Grande Health Clinic.

He was preceded in death by a grandson, Brendan Bovard; a brother, Guy; and a sister, Jane (Peirano).

The funeral will be Friday with Mass of Christian Burial at 11 a.m. at Church of St. Gregory, 303 N. Abington Road, Clarks Green to be celebrated by the Rev. John M. Lapera, pastor. Interment, Hickory Grove Cemetery, Waverly. The family will receive relatives and friends at the church, 10 to 11 a.m.

Memorial contributions may be made to Children's Hospital of Philadelphia Foundation in memory of Brendan Bovard, 3401 Civic Center Blvd., Philadelphia, PA 19104.

To order memorial trees or send flowers to the family in memory of Gerald F. Chrysler, please visit our flower store.
Send a Sympathy Card